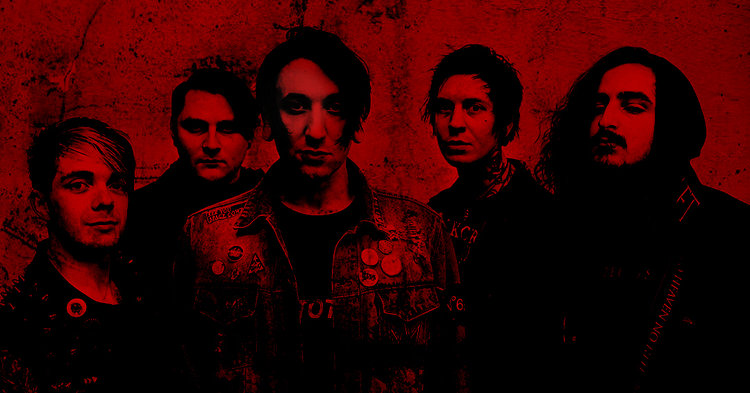 1. How pivotal is the release of your upcoming full-length for your career? Did you take any interesting chances on the record?

I think this LP is going to be completely pivotal for us, when you put your all into something that’s how it should be in my opinion. We went into this band with the mindset that we wanted to have fun and do what we love, that turned out to make a lot of people happy, and while we made sure that the new songs will continue to do that, the music is ultimately for us and what we wanted to hear from our genre. We tried to hit every part of the spectrum and all I can say is every song is different, every song will keep you guessing but it all flows together and it all sounds like Saving Vice. I think that how this record is received will truly show us what this band is supposed to be.

2. What was the writing process behind “Endgame” like? How does it compare and contrast to your previous material?

Endgame was basically one of the first songs Robbie wrote for the LP and we knew even a year ago it was the first single. As far as writing for me goes, I actually was riding home from seeing Infinity War with Robbie at the time and was thinking about how crazy and awesome the MCU had become and how heavy the ending of the movie was. I just wanted to write about things that made me feel, movies are one of my favorite forms of art and they have a lot of influence on me creatively and I’m an especially big Marvel fan so I decided I’d pay tribute to it whilst subtly hiding other metaphors and meanings in the lyrics. I just put the instrumental on in the car and started humming what later became the chorus. The funny thing is I had no clue the next movie would have the same title. The song itself I personally love because it has that post hardcore vibe that I grew up on, where you could have the impact of a breakdown without it really being a “breakdown”, the melodies and emotion of drives it.

3. How stoked are you to be playing some shows with Degrader and Trove?

I’m pretty excited, Degrader is a band that I’m honestly surprised we haven’t played with yet with all the hype they have around New England, we’ve tried in the past but things never lined up. Trove is pretty cool for me because I grew up going to Vanna shows and stuff and I actually sort of knew Davey from some years back through my past musical endeavors and now we’re going on this run together, life is funny like that. Trove is a lot different from us and I really like mixed genre shows so I’m looking forward to seeing what kind of turnouts we have on those dates.

4.You managed to get a song on Spotify’s New Metal Tracks lately. What are some tips you can throw out there for musicians wanting to improve their streaming numbers?

Definitely get a good publicist and just reach out to whoever and wherever you can. We submit our music to the playlists ourselves as well, you never know where your music will end up if you put it out there.

5. What bands are you stoked to play with at iMatter fest? How did you guys get on the lineup?

I’m pretty excited for the whole bill to be honest, but I personally am stoked to play with I See Stars, Norma Jean, Wage War and our friends in If I Were You. We recorded both our EP and our LP with their drummer Randy Pasquarella and it’ll be cool to share the stage. Last year we were able to play iMatter as well, we made some good relationships last year that allowed us the opportunity to return and we are really grateful for that.