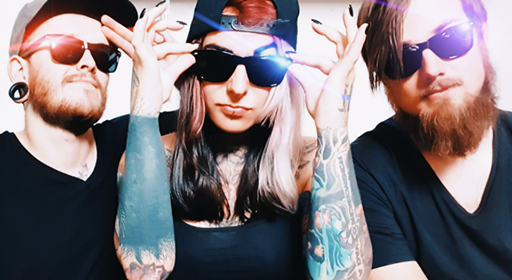 Dutch trio Captain Graveyard, who also previously released a cover of 3OH!3’s “Don’t Trust Me” late last year, have emerged with a new cover of Bring Me The Horizon’s “Ludens”. The original spirit of the (very recent) song certainly isn’t lost, and overall it’s pretty solid honestly. Give it a spin below.

Notably, the cover of “Don’t Trust Me” also premiered on BeheadingTheTraitor’s Youtube channel, garnering it an impressive amount of traction in a small time. Will the band’s music sound like it was ripped from the 2010 scenecore era, though? Regardless, it’ll be interesting to see what the band tackles next as far as covers go.