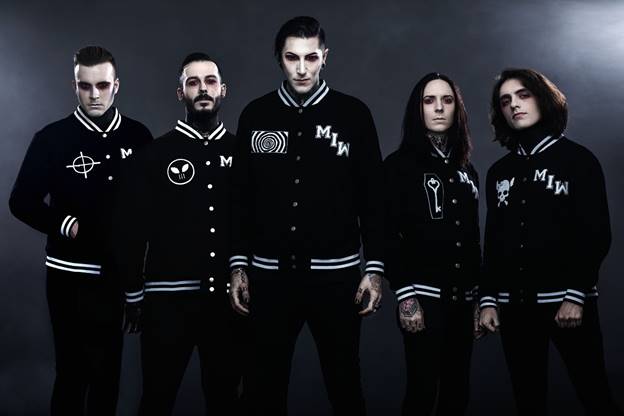 Motionless In White have shared an official music video for “Brand New Numb” which is featured on their new album, DISGUISE.  Directed by Max Moore, the “Brand New Numb” video is streaming now below.

Earlier this month Motionless In White released their new album DISGUISE, which debuted at #4 on Billboard’s “Top Album Sales” chart, while also claiming #2 on the “Hard Rock Albums” chart and #27 on the “Billboard 200.”  DISGUISE marks Motionless In White’s third consecutive Top 30 entry on the “Billboard 200” and is highlighted by singles: “Brand New Numb,” “Undead Ahead 2: The Tale Of The Midnight Ride,” and “Disguise” which features a haunting official video directed by Jeremy Danger and Travis Shinn. DISGUISE is available now at all DSPs and www.motionlessinwhite.net,

Motionless In White are gearing up to head out on the road this summer with Alice Cooper and Halestorm for a North American tour set to kick off July 17th at Allentown, PA’s PPL Center. The band also recently announced an extensive European headline tour, which will see them visiting Russia, Germany, Italy, the United Kingdom and more this fall, with tickets for all dates on sale now (itinerary below).  For tickets and more information, visit www.motionlessinwhite.net.

Since 2006, Motionless In White has won over audiences around the globe with their aggressive music and arresting imagery, rapidly rising to the upper echelon of modern rock. Albums such as 2010’s Creatures and 2012’s Infamous would galvanize a rabid fan base around the band – currently comprised of lead singer Chris Motionless, guitarists Ryan Sitkowski and Ricky Horror, drummer Vinny Mauro, and bassist Justin Morrow. Motionless In White’s 2014 LP, Reincarnate, reached new heights, bowing at #9 on the Billboard “Top 200” and claiming #1 on Billboard’s “Hard Rock Albums” chart. 2017’S GRAVEYARD SHIFT arrived to critical acclaim, once again topping Billboard’s “Hard Rock Albums” chart led by the Top 20 Active Rock hit “LOUD (F*ck It),” as well as the thunderous singles “Eternally Yours” and “Necessary Evil.”