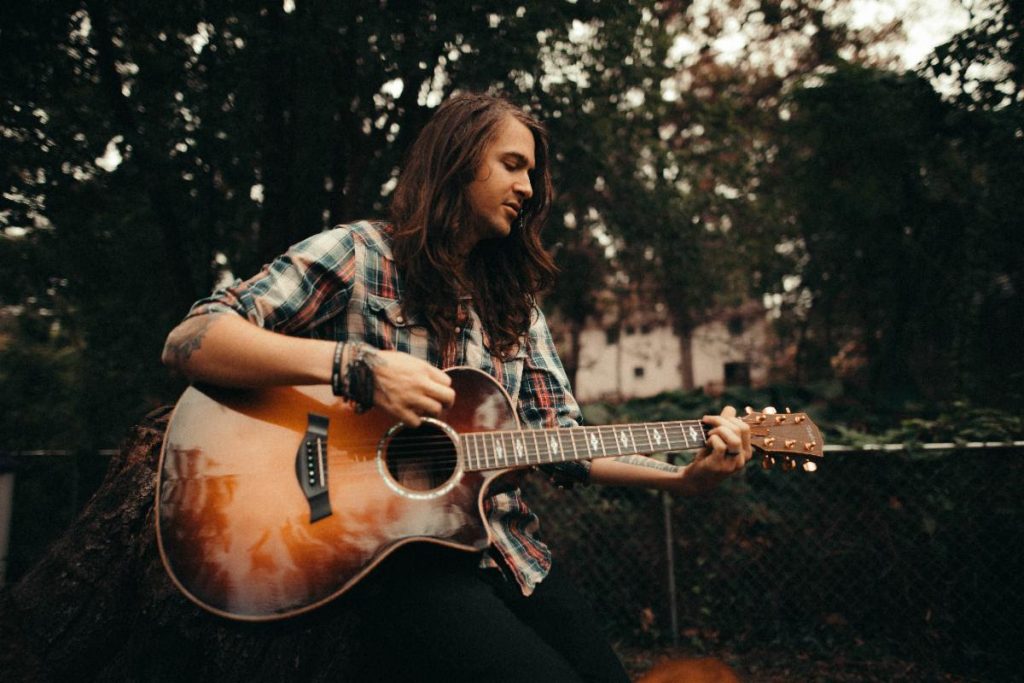 Mayday Parade vocalist Derek Sanders has struck out on his own with the new release of his debut solo EP, My Rock and Roll Heart. The EP, which contains 5 cover songs from bands that strongly influenced Sanders growing up, is out today. Give the whole thing a spin below – we recommend the Jimmy Eat World cover that former MP vocalist Jason Lancaster joins in on, too. It’s a compelling collection of influences that’s a must for any Mayday Parade fan.

The track listing of My Rock and Roll Heart is all music that Sanders loved as a teenager, and is comprised of five acoustic covers of tracks by Jimmy Eat World, Something Corporate, Saves The Day, The Juliana Theory, and Goodbye Love. “All of the songs on the EP are ones I was listening to at 15 or 16 years old. I’ve been in so many bands since then, and it’s cool to go back to playing acoustic and singing the way it all started,” he adds.