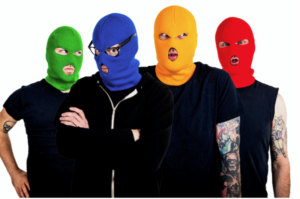 Intruder Blue summarizes that, “Our songs aren’t just about the feelings and situations that they describe but they’re supposed to hopefully help other people think about and reflect about their own situations.”

The new album is another step up for the band and was recorded by lead producer Roger Lima who plays bass for Less Than Jake, as well as co-producer Mike Kennerty who is also the guitarist of All American Rejects. The album is said to be the bands “most infectious album yet” and is currently available for preorder via the bands website, http://maskedintruderband.com/

The first single, No Case has been released and can be streamed on all platforms now.

Masked Intruder kick off a nationwide tour with The Interrupters on February 27, dates and cities can be found below.