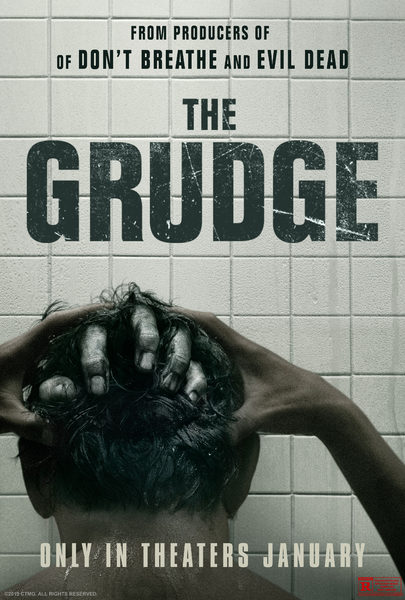 In the world of senseless horror remakes another Grudge remake / re-imagining / whatever they want to consider this wasn’t needed. With a strong cast and an R rating though some maintained a sliver of hope that this could be good, however as all figured that is not the case.

When a mother murders her family in a home, a vengeful ghost haunts the home and anyone who enters it. A detective then tries to figure out what is going on with it after others around him become affected b y it.

It’s a generic story and one that should be easy to follow until we realize how awful this film is at relaying it. We jump from constant flashbacks to modern day back and forth in such a manner where you won’t ever become invested in the story or the characters.

Doesn’t help either that the film relies on jump scares that are set up so far in advance that you’d have to not be paying attention to be scared by them. They do attempt to use the R rating to add some blood and gore into the mix but its always met with mixed results. Characters here add brain dead in scenes where the terror should be striking.

If someone were to show me this and never mention it was a Grudge film, I wouldn’t have guessed. A great cast of actors is sorely misused here in this flop of a film. US remakes of foreign films now are usually criticized for being bad, and while the mid 2000’s Grudge movies might not be Oscar worthy, they are certainly better than this sloppy put together mess.