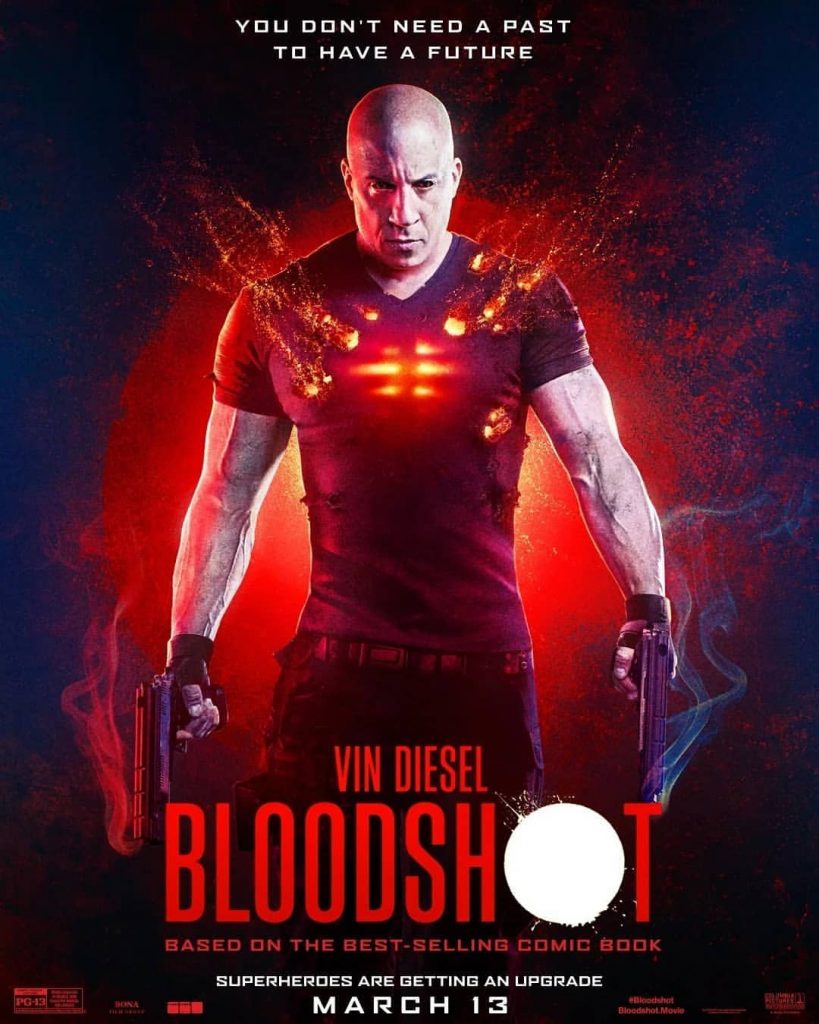 Superhero films now a days come more than anything and have overtaken the market and pop culture. Gone though are the days of lesser known superhero type movies that fit more into the B grade of films, often being goofy fun or dark. Bloodshot comes in and shockingly enough provides a mindless fun B level superhero film that is a lot better than even I expected.

Based on the comic series, we follow a solider who is killed and brought by with high end technology that no only can heal him but give her superhero like power as well. On a mission to find out who killed his wife and him, we follow his quest for truth and revenge to see what actually did happen.

The story here follows every generic turn and twist imaginable and most surprises are given away from the trailer, which was massively overplayed as well. Thankfully however the story does move quickly enough along. The 2 hour run time however could have been cut and snipped a little as certain dialog scenes start to drag on.

What saves Bloodshot in the most surprising of ways is the solid action set pieces. A few are massive and fast moving but thanks to the great CGI effects, in particular anytime Diesel’s character has skin / face blown apart then rebuilt, the scenes are always fun. In particular one slow motion scene involving flour is a scene I’ll likely not forget for some time.

Overall Bloodshot is a great B movie. It doesn’t take itself too seriously, the cast does a fine job with it, some fun action makes up for a predictable plot. Most importantly though it reminds us that not every superhero movie has to be a giant AAA piece or have serious dramatic stakes involved. This is worth a view for sure.