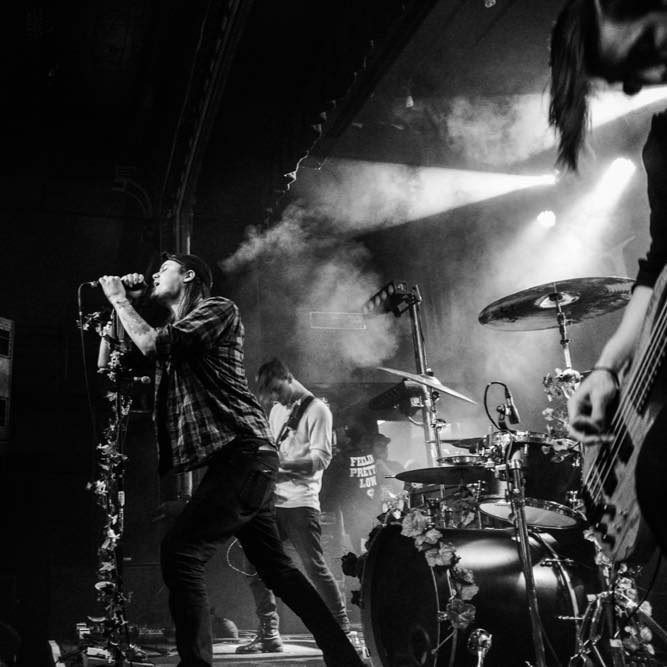 The change that The Plot In You have undergone since their 2010 debut EP Wife Beater to now is nothing short of intriguing. Whether you like the band or not, the fact is that they’re gone from a fairly standard metalcore band, to a really heavy nu-metal band on their 2nd record, to now a band that could break through to the alternative metal mainstream. This isn’t a hyperbolic statement – some songs off their most recent album (“Time Changes Everything”, especially) are beaming with the crossover potential that few of their peers genuinely possess.

That being said, the album cycle for Happiness In Self Destruction, despite parting ways w/Rise Records and moving to Stay Sick Recordings, was the band’s most successful yet. A big headlining tour last summer w/Erra, Sylar, and Invent Animate supporting as well as some spiffy supporting slots show that we’re about to see The Plot In You join the big leagues, because they’re not far from them now. On the subject of new TPIY material, vocalist Landon Tewers took to Twitter to announce something pretty crazy – that the new TPIY record will not have any breakdowns. Whether this is actually true or not remains to be seen, but if it does end up being accurate, it might be a signal that the band is going into full-on alternative metal in a bid to obtain a more mainstream audience.

Whatever happens, The Plot In You deserve to be heard, because considering how much of a positive departure Happiness In Self Destruction was, they have the ability to become huge. Only time will tell.

There are 0 breakdowns on the new plot record.