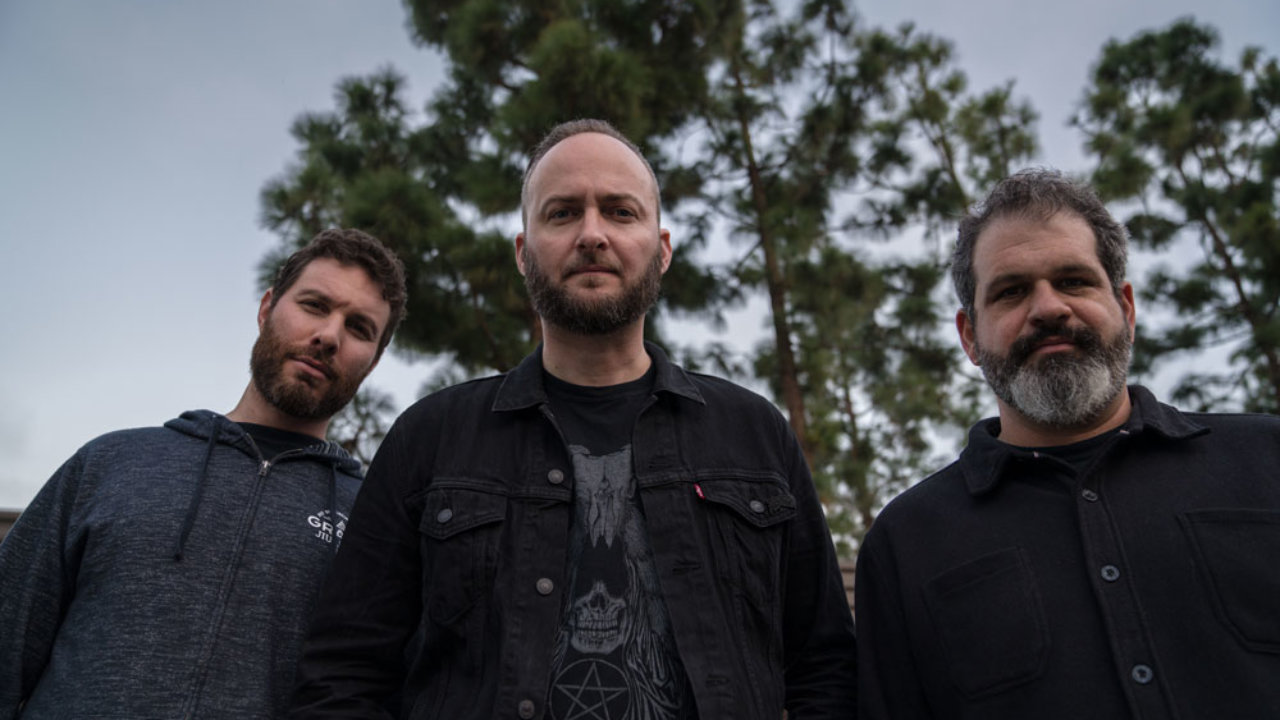 Progressive metal band Intronaut are gearing up to release their first album in 5 years on Metal Blade Records next month. While the band is now a three-piece, don’t let that dissuade you from thinking the band’s progressive-leaning metal sound is in any way diluted. Case in point, the band’s new single, “Pangloss”, riffs just as hard as previous records, and pushes the band in exciting new directions as well. Don’t believe us? Just watch (the video).

“We pushed ourselves to be bigger and better, musically speaking, and to me that’s the essence of progressive music,” states guitarist/vocalist Sacha Dunable. “On this album, there are drums played in ways I’ve never heard before. There are synths used in contexts I’ve never heard before. Intronaut has the most unique bass player in all of heavy metal as far as I’m concerned, and I even practiced guitar to get myself out of my comfort zone. So I think we progressed and made the best album ever.”

It’s been a five-year gap since 2015’s The Direction Of Last Things, the longest between any two Intronaut records, but with good reason. “Some of this music was written within a week of the last record being released, and we originally wanted to get into the studio to make this album back in early 2017, but I think the band was kind of burnt out, and I personally was definitely burnt out, and we decided to take a year off before committing to a new album and the touring stuff that comes with it. After a little time off, I kept writing on my own and I realized I love making this music whether we’re an active band or not.” A change in the unit’s ranks set things back another year, but soon enough, they were back on track. The addition of drummer Alex Rudinger (The Faceless, Whitechapel) to the Intronaut lineup definitely played a key part in how the record came together, Dunable praising his obsessive work ethic and a “dedication to his craft like I’ve never seen before.” With all the players in place, it was a case of getting down to work and creating the ultimate Intronaut album – which features keyboards for the first time in the band’s history.

When it came time to record Fluid Existential Inversions, Intronaut once again teamed up with producer Josh Newell and spent a month locked in the studio with him. They invited previous collaborator Ben Sharp – aka Cloudkicker – to be a part of the process, penning one of the main riffs of closer “Sour Everythings” and playing some guitar on both that track and “The Cull”. When it came to mixing the record, the band reached out to Kurt Ballou (Converge, High On Fire), resulting in a unique finished product that stands apart from their catalogue.

Just before Fluid Existential Inversions’ release, Intronaut will kick off a North American tour with Cult of Luna and Emma Ruth Rundle. See below for all dates.