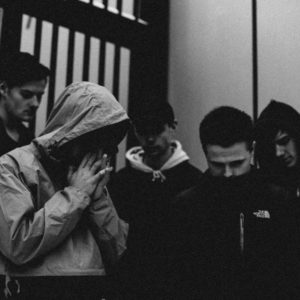 Newcastle based heavy newcomers Starve To Survive are going to be big in the next coming years, after releasing their debut EP in 2016 titled ‘Life//Loss’ and with their highly anticipated upcoming EP titled ‘Have Me To Waste’, which is fucking phenomenal (read our review here), these lads are going to blow up. Luckily, they took time out of their busy schedules to answer some questions for us…

What influenced your new EP ‘Have Me To Waste’?

The EP mainly symbolises some of the harsh realities some of us have had to go through over the past few years. Lyrically, the tracks have outlined those stages and described how they have been overcome. Sonically, we wanted to mature our sound but still ensure that heavier aspects have been delivered.

You guys doing any festivals or headline shows this year?

So far this year, we have recently just been announced to play Goodminds Festival in Manchester, and have plans for an EP release headline show in Newcastle.

If you guys were to tour, who would be your ideal band to go out on tour with, and why?

In an ideal world, touring with Counterparts would something special. We have all been big fans for some time and the energy they bring to performances is unmatched.

Who are you guys listening to at the moment?

We all have our each individual tastes, but as a collective we are really getting into God Complex ‘Created Sick – EP’. We strongly advise everyone to check that out.

Did you use a different writing process for ‘Have Me To Waste’ compared to your previous EP ‘Life // Loss’ and will there be a LP to come soon?

For this release we took a much more professional approach to the last one. The ‘Life // Loss’ cycle has been a massive learning curve for us and from that, our creative writing process has matured. There are no plans yet for an LP but we will just have to see what the future holds.

Where did the band’s name originate?

Originally, it was a rearrangement of a quote we read somewhere down the line. Kind of a twisted adaptation of how everything is functioning right now. Having to work ridiculously hard towards something you desire the most, and rummaging through the rubble for their own personal gain. Metaphorically starving to survive.

What are your guys favourite film of last year?

We would probably have to say ‘A Quiet Place’ for our favourite film of last year. It was such a different film for us at the time and the dynamics are fantastic. The twisted and darker films really catch our eye.

So far, it has to be a tie between Rebellion in Manchester or the Riverside in Newcastle.

What’s the most embarrassing thing that has happened on tour?

Whilst on our split headline tour with Azazel, our bassist Luke attempted to ‘hit the bottle’ as we were already delayed getting to soundcheck. Inevitably missing and having to clean it from the carpet in front of the frustrated van driver.

Do you have any rituals before you go on stage?

I wouldn’t say we have any pre show rituals of that sort, but we do take a lot of time organising and preparing before a performance, to make sure nothing goes wrong. 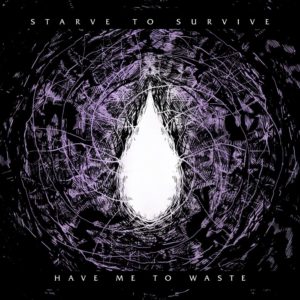 I’d like to take the time to thank the lads in Starve to Survive for taking time out of their already hectic schedules to answer some questions for us. Preorder their upcoming EP here | iTunes |