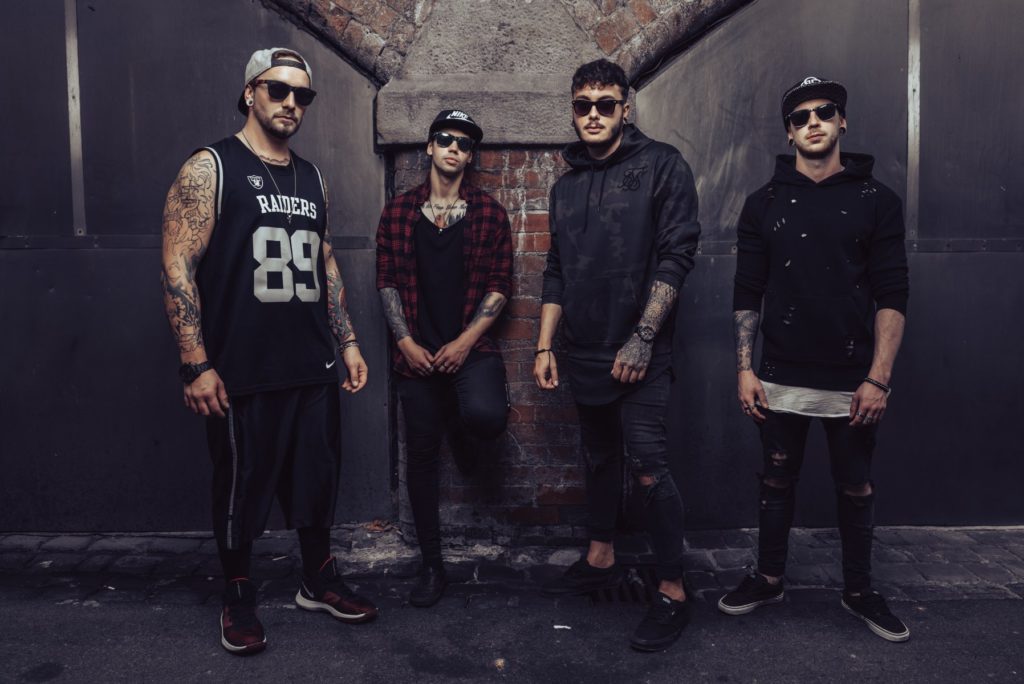 York based Metalcore giants InVisions are back and set to release their second full length LP ‘Between You & Me‘, due to be released from their newly signed record label Stay Sick Records. They have had a successful career so far, touring with the likes of Our Hollow, Our Home, THECITYISOURS & Glamour of the Kill among various festival slots – and with their very successful debut album ‘Never Nothing‘ released back in 2017 under their belts, they are ready to get bigger and bigger.  Lead vocalist Ben Ville was kind enough to take some time out of his busy schedule to answer some questions for us. Check out our review of the new album ‘Between You & Me‘ here.

What influenced your new LP ‘Between You & Me’?
We were all way more into the heavier elements of Never Nothing and just wanted to play those tracks live. So we ran with that in mind and went down a heavier route with the new record. We still have the big melodies and singing choruses but now we’ve just got heavier riffs. We’ve been listening to a lot of heavier bands and (shout out to the latest Chelsea Grin album which was dope) so we wanted to explore that route more, but still keep the party vibes and the clean hooks. Lyrically, it’s more personal and introspective than the first record. It looks at things we’ve all experienced, both good and bad, and hopefully people can connect to it and find some sort of a release. It’s our way of getting rid of those personal demons that we all battle with these days!

You guys doing any festivals or headline shows this year?
Yeah, we’ve got a few festivals booked in at the moment and we’re currently working on a few more! Our first show of the year is actually a headline show for the release of the album on the 9th Feb at the Key Club in Leeds. It’s going to be sweaty one for sure! But at the moment we haven’t got a headline tour set but we are planning on touring as much as possible this for the release of Between You & Me, so it’s possible!

If you guys were to tour, who would be your ideal band to go out on tour with, and why?
I’m sure we all want to tour with so many bands that it’s hard to narrow it down to one. But I think Architects is the best shout, a band we’ve all followed for a very long time and have grown up listening to. They are one of the best bands in the business and absolutely slay live. It’d be hella fun and definitely a learning curve! Also Periphery is up there with a band we all want to tour with.

Who are you guys listening to at the moment?
There’s a huge variety of artists we jam, we vibe a lot of hip hop, sometimes more so than metal. My favorite Artist is NF, he’s my go to for a long journey! In regard to metal then the new Ice Nine Kills album was definitely the best album of 2018, I’ve been jamming that a lot!

Did you use a different writing process for ‘Between You & Me’ compared to your previous Full Length ‘Never Nothing’?
With Between You & Me, LG locked himself away and wrote the whole thing whereas Never Nothing was a bit more out in the open. Between You & Me has had a lot of time spent on it, inside and outside of the studio. But the whole process was overlooked by Lucas. Everyday our producers would get endless lists of revision notes on how the songs should be etc…

Where did the band’s name originate?
It’s technically not even a word. Me, Alex and LG were sat trying to think of band names and LG just spat that. We wanted something short and memorable and that’s what came out.

Would any of you guys ever consider looking into creating a new clothing line?
It’s already something I’ve thought about and I do have something in the pipe line with a good friend of mine. Still no release date or anything for it though, just slowly working on some things in the background.

What’s your favourite venue to play live?
We played The 1865 in Southampton last year for Our Hollow, Our Home’s ‘Holloween’ show and it is now one of my favourites to play. It’s a big stage with a big open room, the sound you get from the system is sick! Before that it was The Rebellion in Manchester, we’ve played there a few times now and will be back there in April with Glamour of The Kill.

What’s the most embarrassing thing that has happened on tour?
To be fair there’s a few, but for me it was when we were on tour with TheCityIsOurs. I had just bought a new wireless microphone and it was making me look a right bellend. It would cut out ALL the time. We would be just about to hit a drop, my face would be straining like fuck but the mic making no sound. Lame.

Do you have any rituals before you go on stage?
Beer. As soon as we arrive at the venue the beer is getting sunk. A few beers before our set, loads when we have finished is usually how it goes down. 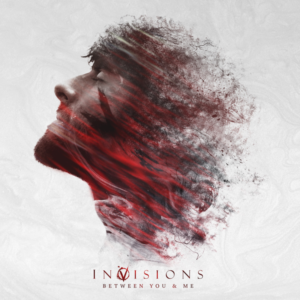 We’d like to take the time to thank Ben for taking the time out of his busy schedule to answer some questions for us, and wish them all the best. Preorder the highly anticipated album here | Amazon | Official | iTunes |