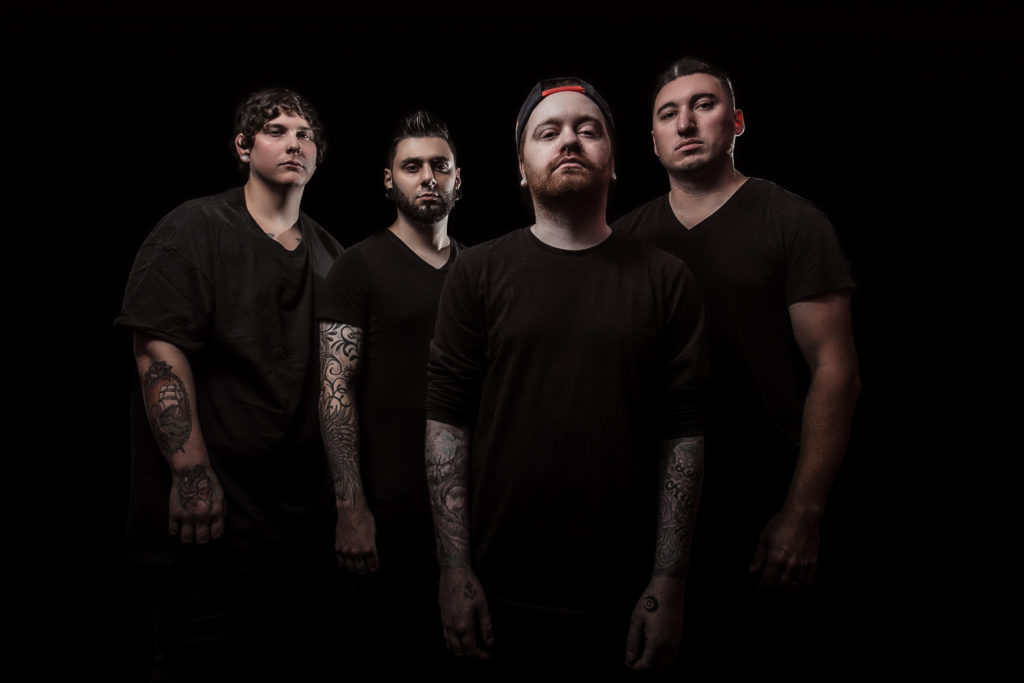 Post-hardcore has had some fantastic releases during 2018, but before you make your end of year lists, you definitely need to hear If I Were You’s newest album “Inner Signals”. Ever since forming in 2011, the Poughkeepsie native band has been consistently putting out quality material, and with this being their fifth overall release the band decides to try some new things while sticking to their own unique take of post-hardcore. Recently I had the chance to talk with drummer/vocalist Randy Pasquarella about a number of topics including who their biggest influences are, favorite touring memories, and what they feel separates them from other bands in the genre, along with a bunch of other topics. If I Were You just dropped ”Inner Signals” today, December 18th, so if you like what you hear be sure to support the guys by giving them a like on Facebook and purchasing the album via iTunes, Bandcamp, or merch!

Where did the name of the band originate from?
The name If I Were You, originated early on during our first initial writing sessions. At the time we found ourselves going back and forth trying to push each other to be better at everything and anything involved with the writing process, from lyric writing to song structure and even as detailed as pronunciations. We would say “if I were you, I would do it like this” or “I would change this to make this better.” As we became closer as friends, as well as a bandmates, we found that It didn’t have to be just music that we all strived to be better at. We realized we shared the same sentiment that always pushing yourself to your absolute limit is what defined us as individuals and what would naturally become the foundation of If I Were You too.

What have you all been up to since the release of your last album? 2 years has
definitely kept us fans anxious for new material!
Our last album was ‘Life After Death’ which was released December 2016. Literally the day it was released, Dan and I started writing new material for Inner Signals. We played a hand full of shows here and there in and around our hometown of Poughkeepsie NY, but most importantly wanted to keep creating content for our fans. During that time we shot our first music video for our song Pull Me Under. It was done with Eric DiCarlo of SquareUp Studios and it came out better than we could have imagined!

What made you all decide on sticking with the post-hardcore genre? Did you ever experiment with other genres before deciding on the aforementioned?
We all have always been fans of anything and everything metal since we started the band. I can say our influences and taste in music definitely changed a bit as the years have passed, but with each release we try to maintain our trademark sound that everyone has connected with so far. To us ‘Inner Signals’ portrays the natural evolution of our sound in which we have incorporated heavier riffs and arrangements as heard on ‘Anxiety’ and ‘Vanquished.’

There are a lot of bands playing similar music, what do you feel separates you from your contemporaries?
There are so many great bands out in our genre that are hardworking and unique in their own style and sound that those characteristics are untouchable for this answer. I would have to say the biggest thing that separates us from our contemporaries is the fact that we are not afraid to openly pay homage to the bands we love. It’s ok to have influences and look up to other bands, and to accept when fans or casual listeners say, “hey they sound exactly like I See Stars.” Not saying we do, just that music hits people differently, and if we remind someone very distinctly of another band then thats awesome. We embrace this wholly. We write anything that moves us and makes us feel something. We don’t stick to one specific style or have any musical boundaries. We also have two vocalists in the band that can both sing and scream and it definitely showcases that on ‘Inner Signals’

Conceptually, what are you trying to convey with the lyrics on this album?
Are there any reoccurring themes or meanings?
The overall meaning behind ‘Inner Signals’ is to take your Inner most daunting thoughts and combat them with positive energy. There are some somber songs that people will be able to relate to in ways and there are songs that are about striving to be the best version of yourself and pushing forward through any hardships. Life is not always great and it stems from inside our own heads. It’s okay to be depressed and think negative thoughts but overall there has to be some type of internal game plan to rise above hopelessness and become a stronger you.

About how long would you say you spent on writing the album?
‘Inner Signals’ took about a year and a half to fully write. We are always writing but it took a bit longer to complete because we wanted to make sure this album had a taste of what people were used to but we also wanted to implement new textures, styles and new concepts as well. The remaining time was getting the songs mixed and mastered, planning release dates for 3 new singles and then the album to follow at the end of the year.

How did the feature with Devin come along? What was it like working with him?
We all knew that we wanted at least one guest vocalist on this album and we wanted to find someone that has really made an impact on all of our lives personally and musically. Devin Oliver was the perfect fit for our song ‘Broken.’ As mentioned earlier, I See Stars is a huge influence in our writing. We couldn’t ask for a better vocal performance on that song (Broken) and we thought fans would appreciate the collaboration with Devin.

What albums were you listening to while writing/recording the album?
We listen to a lot of different bands but we were probably mostly jamming Architects – All Our Gods Have Abandoned us, I See Stars- Treehouse, Veil of Maya- False Idol and Blessthefall- Hard Feelings.

Any major albums youʼre looking forward to that come out this upcoming year?
We all were excited about Architects new album Holy Hell also closing out 2018 but another release that I am looking forward to is the new Periphery album P4 in 2019.

Who did you work with as a producer? What kind of experience did you have?
We self produce and record everything everything here at our studio, Pasquarella Recordings. This gives us the freedom to record whenever inspiration strikes. Sometimes we come to the studio with an idea or we just meet up and write together there. Having our own place gives us the leisure to take our time with the recording process but we also set small goals each time and make sure that they are met by certain dates, especially when we are planning a release. If you enjoy the sound of our songs on this album, you also can get quality recordings, mixing and mastering at www.PasquarellaRecordings.com

Whatʼs it been like working independently to release your records? How challenging has it been for you all?
We started the band in 2011 and released our first EP ‘At Days End’. It was difficult to get the music out to the public and get new fans because we were very new to music business and marketing. So we just kept the focus on creating great content. Later down the road we started gaining some publicity and signed to a small label called Manifest Records. They played a significant role in getting us to where we are today. We are no longer with the label so we independently released ‘Inner Signals.’

Any big plans for tours to support the release?
No major tours at this time but we plan on playing some regional show dates in the Northeast. We have been rehearsing the new material and are excited to get it out to the stage.

Speaking of touring, what are some of your favorite touring or show memories? Anything ever happen that resonates with you the most? Doesnʼt necessarily need to be a positive experience.
Shows are always a blast. High energy crowds, fans singing the words to our songs, and hanging out with people who just love music in general is always a good time. But what really stands out to us is when people travel a great distance to see us. There has been a select few people that have If I Were You tattoos and tell us how much of an impact we made on their lives. The best experience and feeling being in a band is when our music makes someone feel something or a certain way. People have came up to us telling us how we saved them and thanking us for making music, which is a very humbling experience and that inspires us to keep doing what we do as a band.

Is there anything youʼd like to say your current or future fan base?
We would like to say to our current fan base thank you all for all your support and following us along the way through all of our releases. We hope to meet every one of you some day when we hit the road! For future fans of If I Were You, we can assure you that there is something that you can take away from our music and become a part of the If I Were You family. We are beyond excited about the release of ‘Inner Signals’ and we can not wait to see what you all think of it. Let’s push beyond the limits and close out 2018 with an exclamation. Thank you! 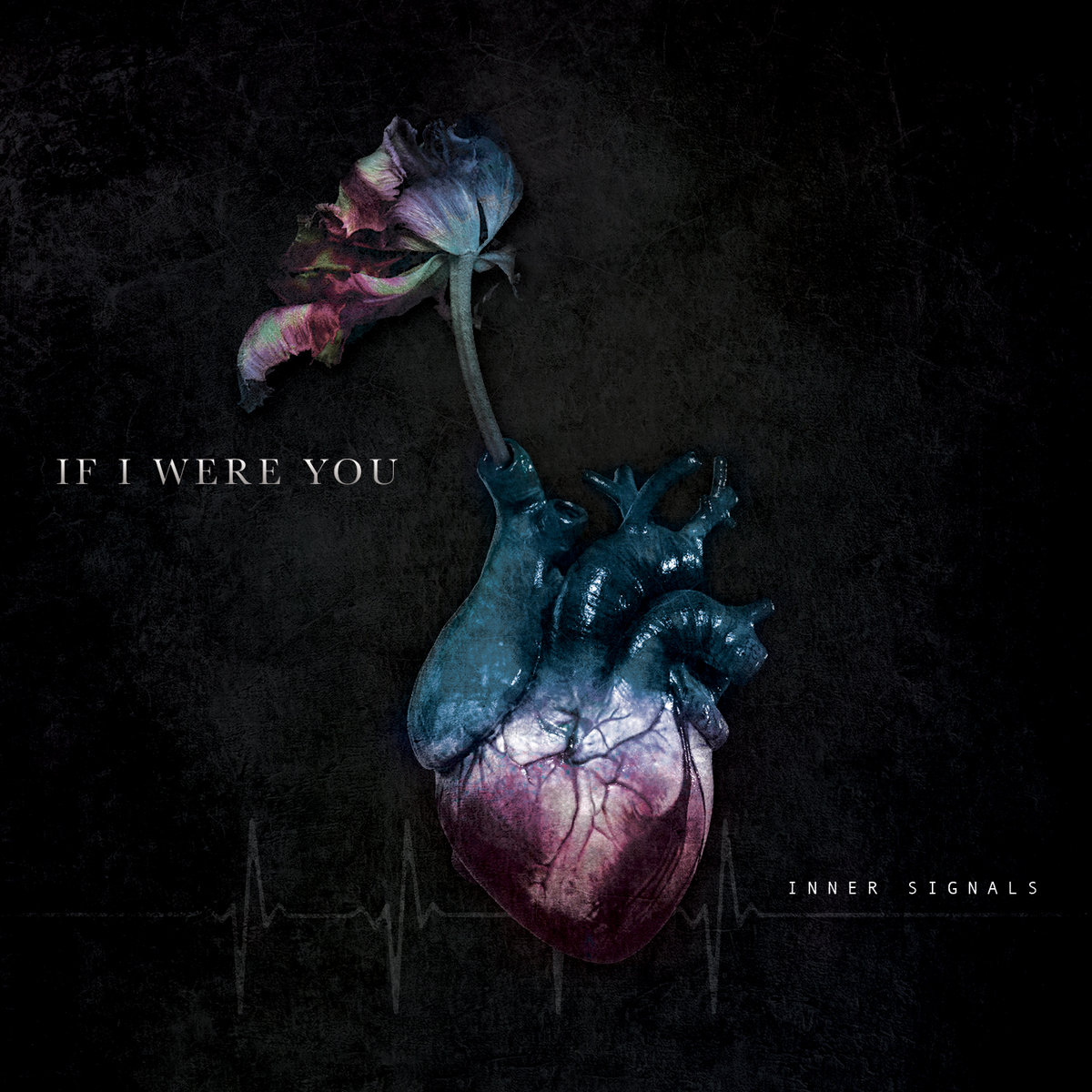