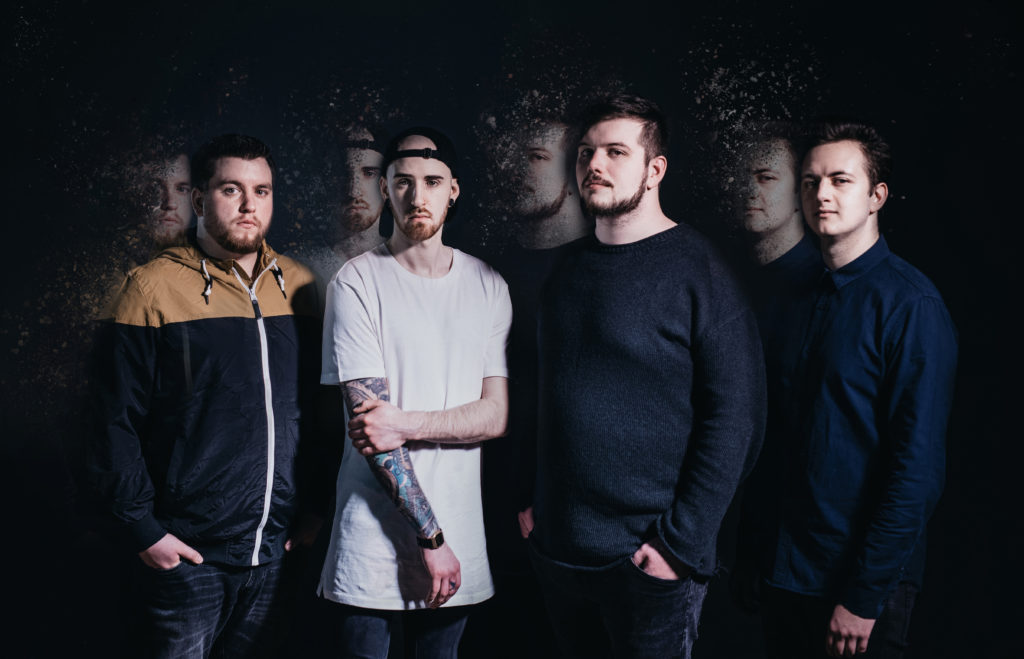 Trying to narrow down what genre German band Time, The Valuator belongs in will leave you perplexed; the band seamlessly blends alternative rock, metal, jazz, pop and even ambient elements into their songs. With their debut album, “How Fleeing, How Fragile”, due out August 3rd, 2018 via Famined/Long Branch Records, guitarist/pianist Rene Möllenbeck took the time to answer some questions from me in hopes of gaining some new exposure from folks who aren’t familiar with the band. Give them a like on Facebook and preorder the album from your favorite outlet here. Be sure to support these guys: their album is quite possibly one of the most unique and memorable ones that I’ve heard so far this year.

What makes your album unique and sets it apart from some of your contemporaries in the genre?
This album delves into various soundscapes we explored over the last 3 years and
beyond. Doing that, we didn’t try to reinvent the wheel but rather express what we
love about music, and that is diversity and unfiltered emotion through lyrics and
melody. What sets this record apart from others is that the compositions tell stories.
A story never delivers one single impression, but has it&#39;s up and downs, peaks and
descents.

In terms of the writing process, what was different in terms of writing for this album as opposed to your previous material?
All material we’ve written since the emergence of this band has been considered
album material. There are some tracks that didn’t make it on the album cause we
didn’t feel like those were well rounded enough, so other ideas came up and we
replaced a lot of album contenders throughout the years. Some of those tracks might
be revised for future material though!

What were some of your most listened to albums while writing and recording the
album?
I listened to various things from different genres throughout the years. A lot of early
Muse, 2000s Radiohead, TesseracT’s One and Altered State, Trifonic and The Mars
Volta’s Deloused In The Comatorium influenced my writing throughout the past 5
years. Some ideas I came up with date back to times before I even knew this band
would exist.

What are some of the lyrical themes or meanings behind some of the songs?
Lyrically, this is an introspective album and an outlet for life’s conflicts and how we
people deal with them mentally. Growing up, the tasks of adulthood always seemed
far away and now most of us are in the mid-20s, a time where people strife for
stability and purpose. A lot succeed early on, but also a lot are still finding
themselves. This album is about this journey.

Who did you work with as a producer? What kind of experience did you have with
them?
We worked with Christof from Embark Audio who became a great friend to us
throughout the years in which he delivered an unreal patience, doing everything in
his power to support us. He’s a true artist at his craft and a humble person we
appreciate a lot!

What bands are some of your biggest influences?
Radiohead, Muse, Peter Gabriel, Tool, TesseracT, The Contortionist, Skyharbor,
Karnivool to name a few.

If you could tour with any 3 bands, past or present, who would you choose?
It would be awesome for me to tour with Muse, Karnivool or The Contortionist

What kind of plans do you have in terms of touring to support the record?
We are touring UK, France, Germany and Sweden shortly after releasing the album!

What’s one of your fondest tour memories?
None, we haven’t been on tour yet.

If there was one song you all would love to cover, what would that be?
We really wanna cover Peter Gabriel’s Sledgehammer.

Is there anything you’d like to tell your current or future fan base?
We worked on this album so hard and we are extremely stoked to hear what you
think! The feedback we’ve received so far has been nothing short of amazing. Much
love 🙂