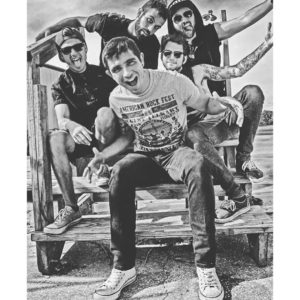 I recently caught up with Andrew, Josh and Corey of the Orlando based rock band Felicity, right before their set at the House Of Blues in Orlando, FL. We discussed their new EP, festivals, the history of the band and more. Felicity released their second EP entitled ‘Brace Yourself’ everywhere on January 29th, you can find it now at the link – http://felicitymerch.storenvy.com/
–

Q – We’re here at the House Of Blues for the release show of your second EP entitled ‘Brace Yourself’, out today (1/29). You guys had Andrew Wade on to produce the EP…?

Q – How was it for you guys personally to work with him on the EP?

Cory – He was really laid back, he doesn’t put the pressure on you if you mess up. He jokes around a lot, but it’s really fast paced. Really easy to work with all around.

Josh – It was definitely a step up from our other experiences, he took it to a whole other level. And there definitely was no pressure, it was very easy going. It brought things to a whole new perspective.

Q – How was it different for you guys this time around, as opposed to recording the self titled EP?

Andrew – With the self titled EP we went to an actual ‘studio’ studio, where we mic’d everything up, paid by the hour and such. We had a deadline, where we had to get it done. With Andrew it was different where. We did it very casually, whenever we could get in. And we would just record all day, every day. So we would probably record eight to ten hours a day, and just work on certain parts of the song. Where before it was scheduled. This is the day for guitars, this is the day for drums, this is the day for vocals. So it was very different, we were able to just relax and get through it, and to take the time we needed.

Q – For anyone who may not know you guys yet, can you give a brief introduction on who you are and what it is you are trying to do?

Andrew – We started in 2013, in the summer. Originally it was our singer Damien and I. He had been in several cover bands, I hadn’t been in a band for a couple years since I was going to school. We met off Craigslist the way all great relationships start out (laughs), we started playing together and writing for six months. Only him and I are the original members. We added our bass player Mike about a year into the band, and then these guys in the past six months. So there’s been a progression, a lot of bands will know that people come and go till you find that lineup that actually works. But we started just writing music for the first six months, just in a garage writing. And from there we played our first show in April, to playing Warped Tour two months later. It all just happened so fast. We were just pushing, we never let anything discourage or hold us back. We just looked forward to the next show, and just kept pushing forward. And now here we are three years later, playing our own show in our hometown House Of Blues. Which is a huge dream come true for all of us.

Q – I’ve seen you guys perform at several of those festivals across Florida over the last few years. Such as Gasparilla, Kink Fest, Warped Tour, and The Big Orlando. Out of all of the festivals, which one has been your personal favorite to play so far?

Andrew – For me it was when we played at Sun Fest, which was in West Palm Beach. There was, i don’t even know how many, a few thousand plus people there. We played right before Fall Out Boy, so you can imagine the crowd was pretty crazy. We got a huge fan base from there, met a ton of awesome people in bands. That whole experience was definitely a once in a lifetime for me.

Q – For each of you, what’s the best concert you’ve ever attended that you did not play?

Cory – Probably either when Andrew and I went and saw New Found Glory a few months ago, or when A Day To Remember had their tour with Rise Against. We went to both the one here, and the one down south.

Andrew – For me it was probably….and I’m gonna date myself with this… It was 2006, i was a senior in high school, and it was Coheed & Cambria and Avenged Sevenfold. Both with when their best two albums came out. Some of their music since then has been kinda…some people like it, some don’t. But this is when they were both in their prime, and that show blew me away. That made me want to take being in a band to the next level.

Josh – For me it would probably be A Day To Remember and August Burns Red, hands down. It was at this very same venue, and I just remember thinking that I would probably never get to this spot. It’s crazy tot think dreams are starting to be realized.

TNF – Was that the tour with Silverstein and Enter Shikari?

TNF – Going on record saying that Enter Shikari stole the show. Every band was good, but they just blew any and all expectations away.

Andrew – It’s crazy when that happens, when the opening band is the best band on the lineup that night.

Corey – It’s just crazy to think that a few months ago we were watching New Found Glory, and we’re just like “One day, we’re going to play here!”. And this was before we got confirmed to play here, and now here we are.

Andrew – I told them we were gonna play here, but they didn’t believe me. (laughs)

Andrew – Having Atreyu back was awesome, they have a new record. It really surprised me from the previous stuff they’ve done, but after all these years they’re still bringing it.

Josh – Taking it back to early last year, when Issues dropped their self titled album. It was probably my favorite.

Andrew – Coheed & Cambria’s ‘The Color Before The Sun’ came out, I was really excited about that.

Corey – The new Neck Deep is pretty good too.

Andrew – Yeah! So before us, Andrew Wade recorded the new Neck Deep record with Jeremy. That album is awesome, been rocking that a lot.

Andrew – Oh yeah! Didn’t even think about that one.

Corey – Going back to the old fan boy days.

Andrew – The new Silverstein was really good too. We went and saw them with Senses Fail, and that show was just…I felt like a kid again.

Q – With the new EP, ‘Brace Yourself’ out now, what’s next for Felicity?

Andrew – We’ve just recently announced we’re playing a hometown show with Secrets and Palisades in March, which will be at Backbooth. Other than that, we’re just promoting the EP. Trying to get it to as many people as possible. Working on a music video for it, booking some festivals for the spring, and then planning out our summer tour.

Q – Thanks for taking the time to talk with us, is there any final words you’d like to add?

Corey – Thank you guys, for everything.

Andrew – Just thanks to everyone. You can our new EP now, it’ll be everywhere. Spotify, Itunes, you’ll be able to find it.
— 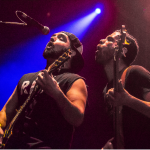 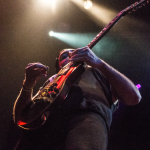 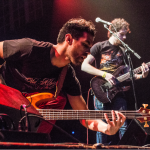 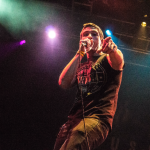 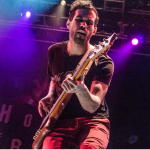 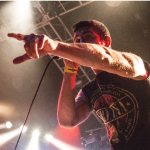 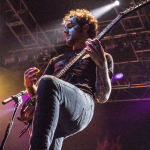 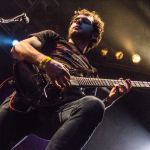 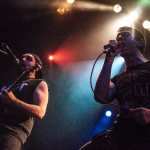 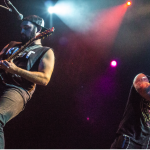 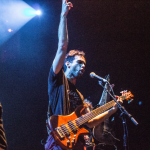 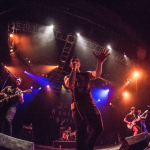 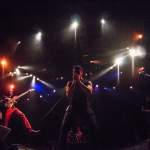 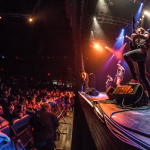 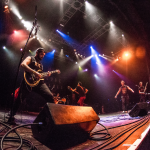 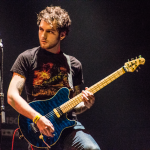 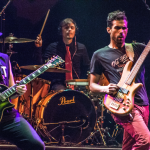 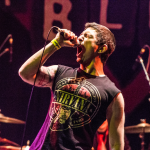 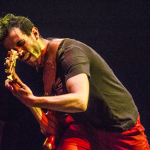 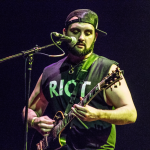 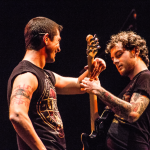 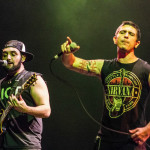 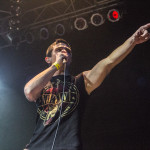 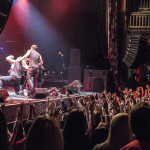