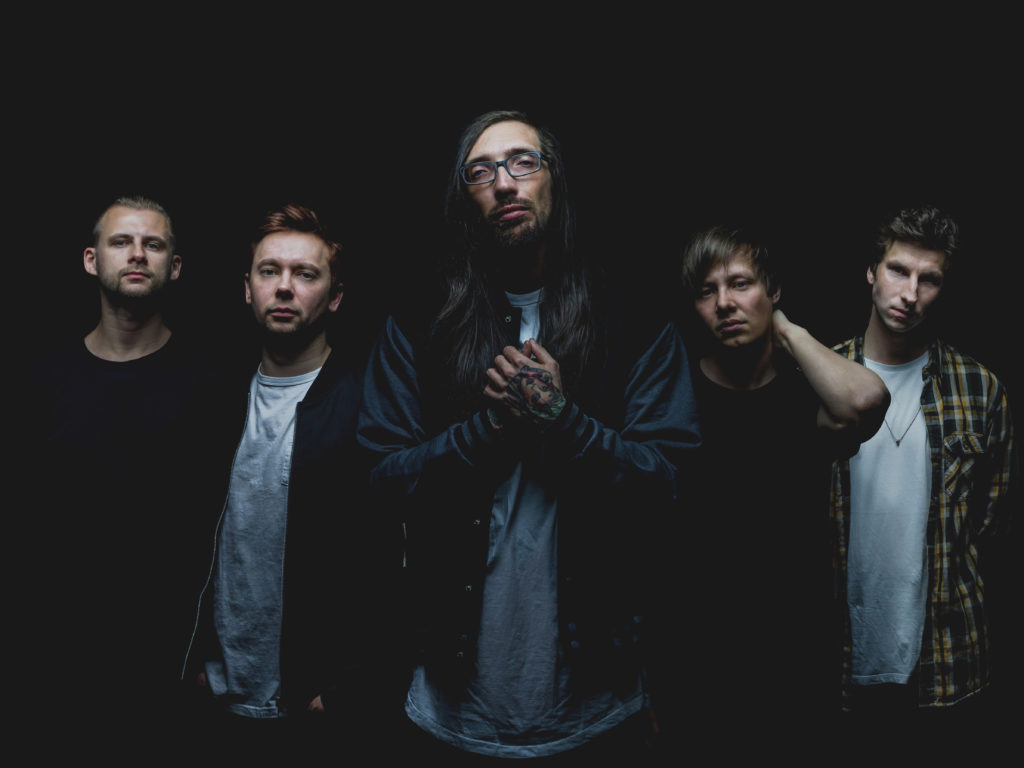 After extensively touring the United States for the first time with I Set My Friends On Fire, post-hardcore band Annisokay have returned to their native Germany to play a handful of festivals and then continue to tour in support of their new album “Arms”, which is due out August 17th via Sharptone Records/Arising Empire. Despite being exceptionally busy, guitarist/clean vocalist Christoph Wieczorek took the time to answer some questions I had about the writing process, the difficulty in writing lyrics in a foreign language, as well was many other interesting topics. Be sure to support the guys by giving them a like on Facebook and preordering the album in your choice format here!

Was the writing process for “Arms” any different in comparison to “Devil May Care” or any of your other albums?

Actually it was pretty much the same, but we improved the whole workflow a bit. We have the luxury of being able to use my own studio for the production process, and I just moved into a bigger more modern space. That means we can work on the songs whenever and as long as we want. This is also a downside though, cause you don’t really schedule fixed times when it comes to writing. So what we did was taking too much time for the writing process while the deadline came closer and closer, so at some point we had to really dive into it, lock ourselves into the studio and do nothing else but working on this record until it’s done. This was a timeframe of 6 weeks, but I honestly think that this stress really improved the outcome of the songs!

Originally, what made you all want to form a band together?

We were just some kids that wanted to be as cool as all the rock bands we admired. Back in 2007 we were fans of Limp Bizkit, Korn and all the NuMetal stuff as well as the upcoming emo bands. Playing guitar alone in a room won’t bring you that far so we tried to find cool people to form a band. Unfortunately we had to change a few members in the meantime but Norbert and me (Christoph) have been in the band from the very beginning. Now as we’re actually touring the USA for the first time we still can’t really believe how far this this project went, that started in a small fucked up rehearsal room in Eastern Germany!

What kind of lyrics or themes are on the new album?

There is a lot of crazy and weird political stuff going on in this weird world. The biggest countries in this world are reign by men with doubtful purposes. We choose the word „arms“ as the title of our fourth record as it’s a short word with an even bigger and ambiguous meaning. With your arms held up high you can call for help or celebrating a victory. To arm yourself isn’t clearly a sign of strength and power or anxieties and fears. So as the title, all our lyrics are interpretable. We simply look for inspiration in our own lifes! What things are in our mind, what makes us feel sad, what happened to us before, what concerns or worries us. If you write about personal experiences you have a way better connection with the song and can express your feelings way better in the musical part.

Like said before, we grew up with bands like Limp Bizkit, Korn, Tool or all the other great NuMetal bands. Nowadays we enjoy listening to bands like Bring Me or Northlane. Some people ask if Michael Jackson is a big influence for us, as our band name is inspired from his song Smooth Criminal and we even released a Michael Jackson cover EP once. Even though we love and respect him as a musician we wouldn’t call him directly a big influence. It was really fun covering his songs on that EP though. It’s so cool to transform greatly written music like his, into a modern metal genre and see what it sounds like in the end.

With this new album we tried even more not to look too much into other music when it comes down to musical inspiration. When we wrote our first album back in 2011, we tried to adapt styles and ideas from other bands, but that’s not really what we want anymore. We want to sound as unique as possible and develop a sound that people can instantly recognize as Annisokay. So what we did was not listening to other music and just write down and record the ideas that pop up in our mind.

Is it difficult to write lyrics in English when that is not your native language?

It is a little bit difficult but we got used to it meanwhile. Writing in German has never been an option for us, so we ha to deal with it. Nowadays we can express our ideas really well in English and are comfortable with writing them. If native english speakers read our lyrics from the new album, they probably or hopefully won’t notice that we’re german. Some say we have an accent when singing in english but that’s actually something we like. We don’t need to hide that we’re German.

We worked together with a producer called Benny Richter who produced great German bands like Caliban or Emil Bulls. Me and him got to know each other when we were working together on the Emil Bulls record and we instantly noticed that we find ourselves on the same wavelength when it comes to music writing. It was amazing to work with him on our new record cause he brought some great musical ideas to the table that brought our songs to the next level!

Definitely Linkin Park with Chester Bennington being alive and healthy. We loved listening to this band this their very first single came out. He was an amazing singer and I (Christoph) dream of developing a great voice like his! So touring with him and becoming friends with him would have been amazing. It’s more than sad that this won’t happen anymore.
If we’d name two more it would be Slipknot and Rammstein. The latter is still probably the biggest German metal band of all times. Touring with them would be mental!

First of all, it’s amazing that we’re finally able to take a step into the US territory. With this new album coming out on Sharptone Records, we finally have a professional support to get heard over here and are stoked that so many people already dig the singles we through out so far! If you don’t know about us, definitely check us out on youtube! If you like what we do, thank you for all the support and we can’t wait to finally hand our upcoming album to you! 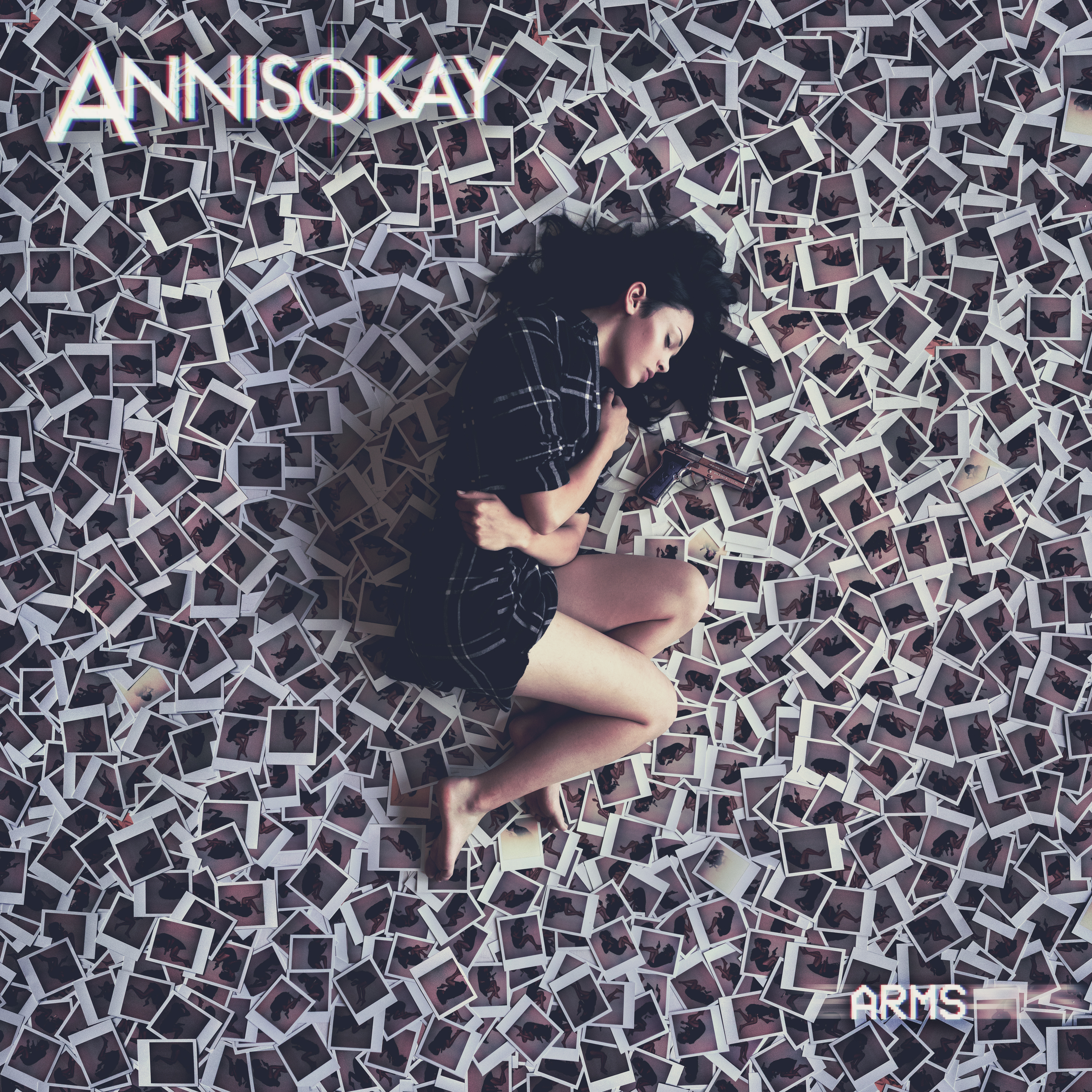