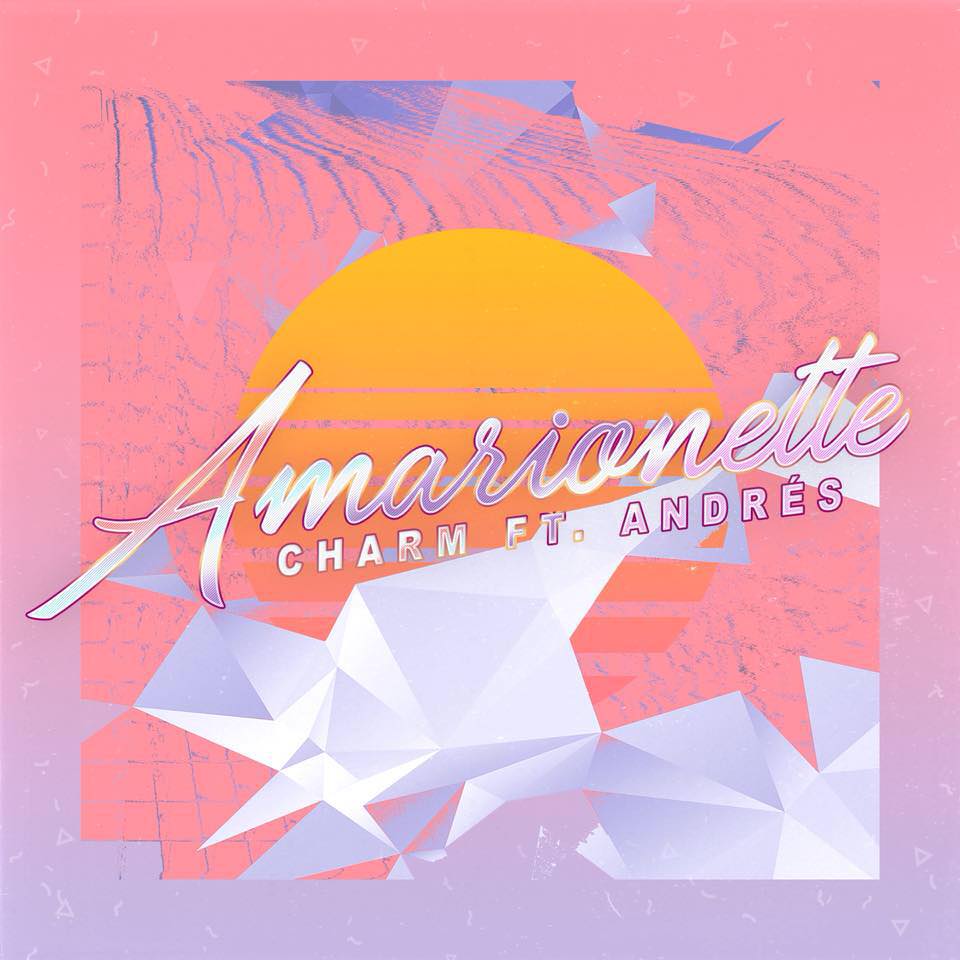 Amarionette are not a band to take hits lying down. Only a short time after announcing the departure of vocalist Quin White, the band are already back with the new single “Charm”, featuring singer-songwriter Andres. I got the chance to speak to guitarist Nick Raya about the new collaboration, as well as the band’s future.

You guys recently announced that the band’s founding vocalist, Quin White, had left the band. Tell me a bit about this decision – had it been a long time coming? Did the four of you always know you would continue under the Amarionette name, or was that something you struggled with?

Yes, we decided it would be best to let Quin go since he is living in Alaska. It’s very hard for a band our size to function when someone lives that far away.

It was a tough decision, but it was something the four of us had been thinking about doing for quite some time. Relieving any member of their duties isn’t easy, especially a lead vocalist. However, it was the best decision for to us to make in order for the band to move forward.

“Charm” is the first song you are releasing with Andres on vocals. What was the process like collaborating with an outside singer/songwriter like Andres, and was there ever any discussion of him joining permanently?

“Charm” turned out so good!! We are all really excited about it. When we initially sent Andrés songs to choose from, that song was probably the last song we’d expect for him to pick, but he killed it!! I’d say it’s still a mellow song for the most part, but after we got the first mix back with him on vocals we were floored. I think what made it so special was that we didn’t really have any expectation whatsoever, and he totally knocked it out of the park. Also, the production on this song turned out great.

As far as him joining permanently there has never been really any in depth discussion, but I doubt it. Andrés is a really busy guy and has an awesome career doing what he does. We love the dude to death and we recorded two songs with him, but that’s probably the extent of him and the Amarionette camp, with the exception of maybe some future shows because we’d love to play these songs live.

The band’s two previous singles, “Modern Disco” and “Chemistry”, were the mark of a definite sonic shift, and this song continues that trend. Going forward, how do you see the band’s sound evolving as you collaborate with different vocalists?

That’s just the style of how I’ve been writing lately and I love it. We have this new funk/80’s retrowave element to most of the new music and it’s really cool. We still have some songs that resemble the Repeating History sound, but for the most part this is how we plan to continue regardless of who are next permanent vocalist is.

The band recently played its first shows with Ricky Martinez of Oranges filling in on vocals. How did those shows go?

Ricky did an awesome job. Ricky, Skylar, and Mason from Oranges used to be in a band with Justin and myself in high school so we already had some chemistry there. I kinda asked Ricky on a whim if he’d be interested in filling in on vocals since our original fill in couldn’t make it. He said yes, and it turned out great. The shows were awesome and the turnouts keep getting better and better.

When can we expect to hear more from Amarionette, either in collaboration with other vocalists, or with a new permanent vocalist?

As of right now, we have another song with Andres that we will probably release and we’ve been working on an EP with different vocalists until we find a permanent. Andrew Wells of Eidola/DGD is also going to be doing some songs with us. I think it’s really cool to hear all of our songs with different vocalists because it shows different sides to the band that we’ve never explored before.