In a perfect world, Dayton, OH-based rock band Dangerkids would have blown up upon their inception almost 5 years ago. In many ways, they did – early tracks like “We’re All In Danger” showcased their adept blend of influences like Linkin Park, Innerpartysystem, electronics, hip-hop, and modern rock. They landed slots on massive tours with Sleeping With Sirens, too. Their debut album, 2013’s Collapse, was also successful as well, garnering great reviews across the board.

Fast forward to 2017, and the music landscape has changed a lot. Bands like Sylar and Out Came The Wolves are garnering success, playing on major festivals, and Dangerkids is set to join them with album #2, blacklist_. It’s been a long time coming, but they’re a band that deserves your attention. Don’t believe me? Check out the songs “Things Could Be Different” and the title track below, and if you’re digging what you hear, preorder the record at wearedangerkids.com. It’s out January 27th. This is the blacklist. 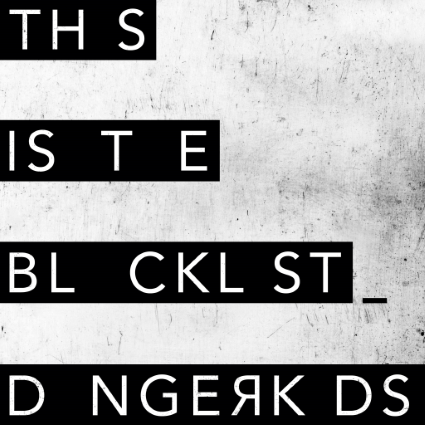