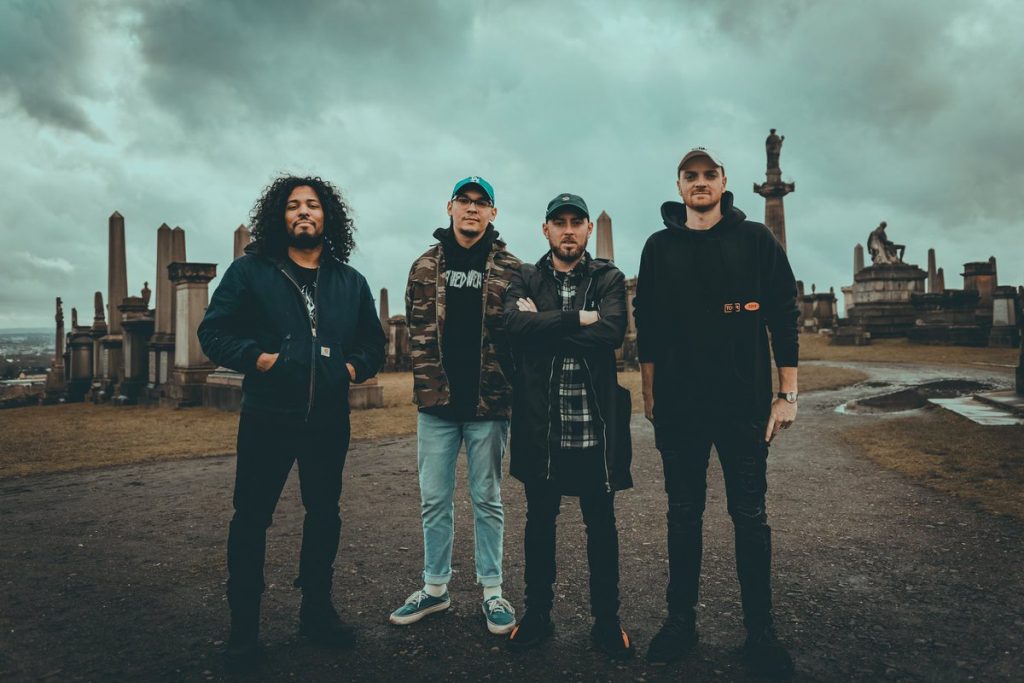 When Issues released their much-hyped single “Flexin” on Friday, the third taste of their upcoming album Beautiful Oblivion debuted to the most polarized reaction in the “Warped Tour scene” in recent memory. As of the time of this writing, the music video was sitting about 3,100 likes and 2,400 dislikes on YouTube, and the fanbase’s comments were all over the map… with some instantly connecting with the song, and others insisting the band had “sold out”. No favors were done to the public reaction by the delirious fever dream of a music video, which features an elderly Tyler Carter breaking out of an assisted living home.

Fortunately for the band, the song itself is an absolute stroke of genius — a funk-pop freakout that channels equal parts Prince, MJ, and Justin Timberlake, while meshing those sounds with the downtuned djent riffs they’ve become known for.

On Twitter, Issues’ bio describes them as a “djent boy band”… and “Flexin” is in a way the ultimate representation of that mantra. It fully embraces the R&B sounds that they’ve always made a part of their identity, and is genuinely a pop earworm of the highest caliber.

One potential comparison point goes beyond sonics: the previously mentioned Justin Timberlake — specifically FutureSex/LoveSounds, and its lead single “SexyBack”. That smash hit is so beloved nowadays, that it’s easy to forget the deeply divided response it debuted to back in 2006. Some pop fans insisted the song was too dissonant and “weird”, and would never catch on. But JT stayed the course, and his bold yet calculated risk gave him one of his signature songs.

It’s not difficult at all to imagine the same happening here. With “Flexin”, Issues have proved that they have Top 40 songwriting chops on par with legitimate pop hitmakers… a feat that cannot be overstated coming from a band rooted in the metalcore scene. Beautiful Oblivion comes out on Friday, and it will still contain plenty of the R&B-metalcore mix that fans have come to love — while giving its most audacious single time to grow on them. “Flexin” is the kind of strategic risk that could potentially elevate the band’s career to new heights… and I’ll be cheering them along every step of the way.