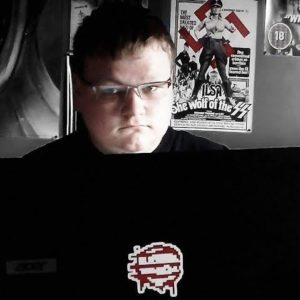 For one living in the United States, it’s hard to imagine a social climate in which the topics of political correctness and social justice are not brought to the forefront of everyday news, and certainly these topics are newsworthy – both in regards to those who are fighting for education and improvement of said topics as well as those who are trying to tear them down.

In America, these topics are seen with increasing prevalence in relation to media, notably movies and film, which have, since their modern inception, been subject to strict scrutiny. Is there a line in being politically correct? Is it necessary to be so at all, or is it just letting the over-sensitive “social justice warriors” win, and therefore diminish the quality or the art in question? 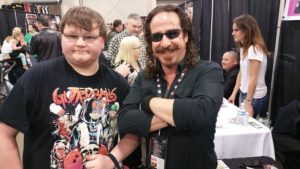 Cody Rapp, a horror filmmaker and journalist who supplies a steady stream of reviews and videos of and about horror on his YouTube channel covers a wide variety within the expansive genre. Some of his favorites are the ones that are the most disturbing. Fortunately, given his busy schedule, he was able to sit down for an interview and weigh in.

“Cannibal Holocaust was one of the first ones that really made me realize that I wanted to get into film making,” he says of the infamously gruesome cannibal exploitation film. “Honestly, a lot of it (disturbing film) has become a novelty for me now, but I still do really enjoy it.”  But despite being such a huge fan of violent and controversial exploitation cinema, Rapp has weighed in on the political correctness debate in a way that at once demonstrates tact, consideration for his audience, and consideration for the art.

In responding to placing a trigger warning, something that has sparked a lot of debate in itself, before his video review of Lust of the Dead 2 (a Japanese zombie film featuring high levels of sexual assault), he had his background to thank for helping him cultivate a respect for those who might be triggered by such sensitive topics.

“I went to an arts high school, and I really loved it; it was a great school, and it was really zero tolerance when it came to stuff like bullying (…) they would throw you out,” said Rapp. “It was a very tolerant kind of environment (…) and honestly, I don’t want anyone getting upset because of one of my reviews or because of what someone decided to put in a film, though I must say I do believe that they have every right to make these films.” 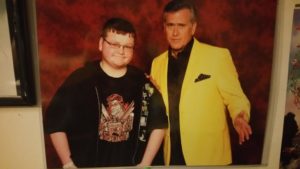 Rapp’s channel, biscutbuu69, has published hundreds of videos, many of them detailing films that are gruesome for no other reason than just to be so, and while he enjoys this from time to time, Rapp feels particularly close to extreme films when they have something more to give, and he has some particularly powerful thoughts on the matter.

Rapp claims that it was David Lynch’s experimental masterpiece Eraserhead that really made him examine films as art, rather than just as entertainment, not that he doesn’t enjoy films that fall more into the latter, and speaking of art and film, the topic of music inevitably came up, particularly that of the heavy variety.

“I think there’s a lot of connections between horror and bands like Ghost or GWAR or even something more classic like Metallica that fans of horror can really connect with, and films like Green Room really emphasize that. In both genres there’s a lot of extremity and raw energy and atmosphere that really go well together.”

From the looks of his channel and the quality of its content, Cody Rapp could be the hardest working horror aficionado  on YouTube right now, and it’s more than refreshing to see a personality involved with an historically problematic genre that is concerned with the material presented in these films, while still respecting the artistic merit therein. When one loves horror films, it can be hard to strike a balance, but it seems that Rapp, on his channel, has come just about as close as one can get to doing so. For any who are even casually interested in horror films or extreme cinema, it is well worth checking out.
You can get to his channel here: https://www.youtube.com/user/biscutbuu69