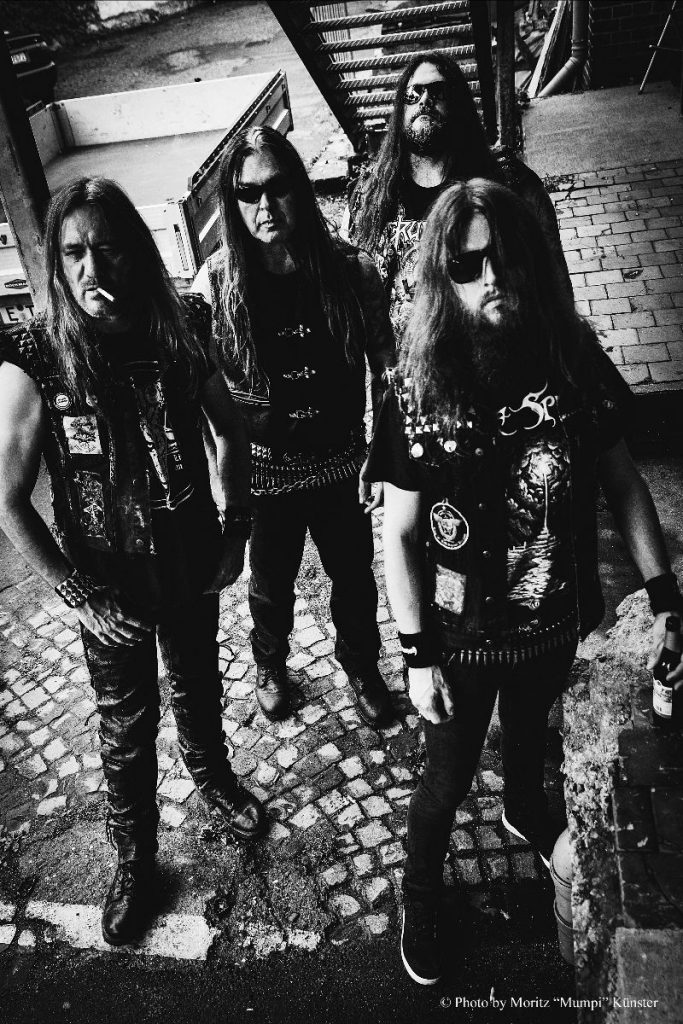 SODOM have long been considered arguably the biggest German thrash metal band in existence. With iconic albums like 1989’s Agent Orange being considered cornerstones of the genre, the band is still plugging away with impressive material. Now, the band have released a new song titled “Down On Your Knees,” and will release a new EP titled Out Of The Frontline Trench on November 22, 2019. The all-new effort will be available via Entertainment One (“eOne”) in North America and SPV/Steamhammer in Europe as CD DigiPak, vinyl, download, and stream.

Tom Angelripper says: “Postcards and letters from my granddad, which I discovered among the things he left behind when he died, and some TV documentaries have given me a vague idea of what it must have been like for soldiers back in those days to leave their trenches and face those life-threatening battles.”

The close relationship between a metal band and its fans can be measured by – among other things – how long they make their supporters wait for new songs. So looking at it from that perspective, Sodom is exemplary, seeing that they’ve always supplied their huge following with new material at regular intervals. The release of their current album Decision Day was followed – in time for their major European tour in December 2018 – by the EP Partisan.

Now the Gelsenkirchen thrash metal act, led by Tom Angelripper (vocals, bass), presents its generous side again. Before the work on their upcoming full length is set to begin, Sodom are ready to unleash their brand-new mini-album Out Of The Frontline Trench. Angelripper calls the recording “a sign of life for our fans.” Having recorded, together with his guitarists Frank Blackfire and Yorck Segatz plus drummer Husky, three new songs as well as two classics (one of them re-recorded, the other one live number), ‘Out Of The Frontline Trench’ forging an arch between (Sodom’s) past, present, and future.