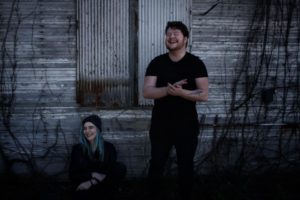 For The Fire has never been a band to give up. After losing all but one original member, Addison Rider, the end seemed near to some but with the addition of bassist and backing vocalist Connor Buckingham the band is back better than ever, and ready to take the world by storm. 3 months ago the band released Overthinking which showcased Buckingham and displayed the band’s new direction. September 5th brought even bigger and better news for For The Fire fans when they dropped a whole new song, Bridges and announced the release date for their new EP.

Bridges is an “evolution from any previous material,” Buckingham says and the EP was described as “a departure from what people know as For The Fire. It’s darker, grittier, and every song carries it’s own weight.” Bridges will be available on all platforms September 15th, 2018 and the new song is currently FREE this week only on Bandcamp