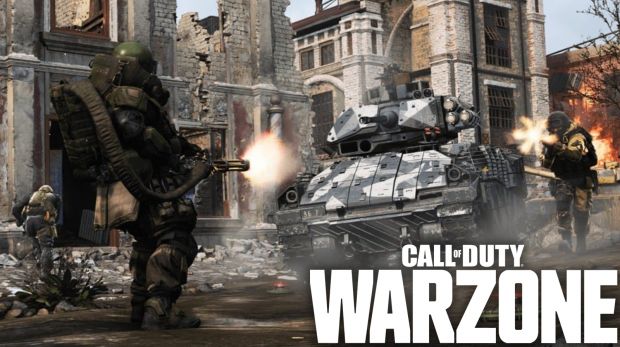 After months of leaks, rumors, and uncertainty that the game mode even existed in the first place, we finally have it. Call of Duty: Warzone is now available to download FREE! Yeah, that’s right, FREE! The new game is a stand alone download, meaning you don’t need to purchase Modern Warfare to play it. Warzone supports a massive 150 players on Call of Duty’s biggest map. Warzone holds two separate game modes — Battle Royale, and Plunder. Battle Royale is what you would expect, with some twists — If killed you are thrown into the Gulag. You are thrown into the arena with another player, winner gets redeployed. I really like this idea, and after playing a few rounds I seem to get pumped to 1v1 another player for survival when I get downed. Plunder is a cash grab game mode with respawn enabled. Warzone is played in a squad of trios — with no solo or duo option.

What really makes Warzone stick out in the seemingly endless selection of battle royale games is the unique ideas built on top of the established formula. Cash is used to purchase revives or kill streaks at what are called Buy Stations. These can become a huge advantage later in the battle. The Gulag is one of Warzone’s most diverse features. The 1v1 gives players a chance to bring themselves back into the field. If you die, well, it’s game over for you. The 150 player count adds many more combat encounters, even with a large map like the one in Warzone. The maps consists of old favorites in the Infinity Ward back catalog, along with new areas. The map has no reused assets — meaning there are no buildings that are exactly the same. All the files and designs used are new and fresh, even the older variants have some differences. The update clocks in around 20gb for players who already have Modern Warfare installed. If not, the update is up around the 100gb mark.