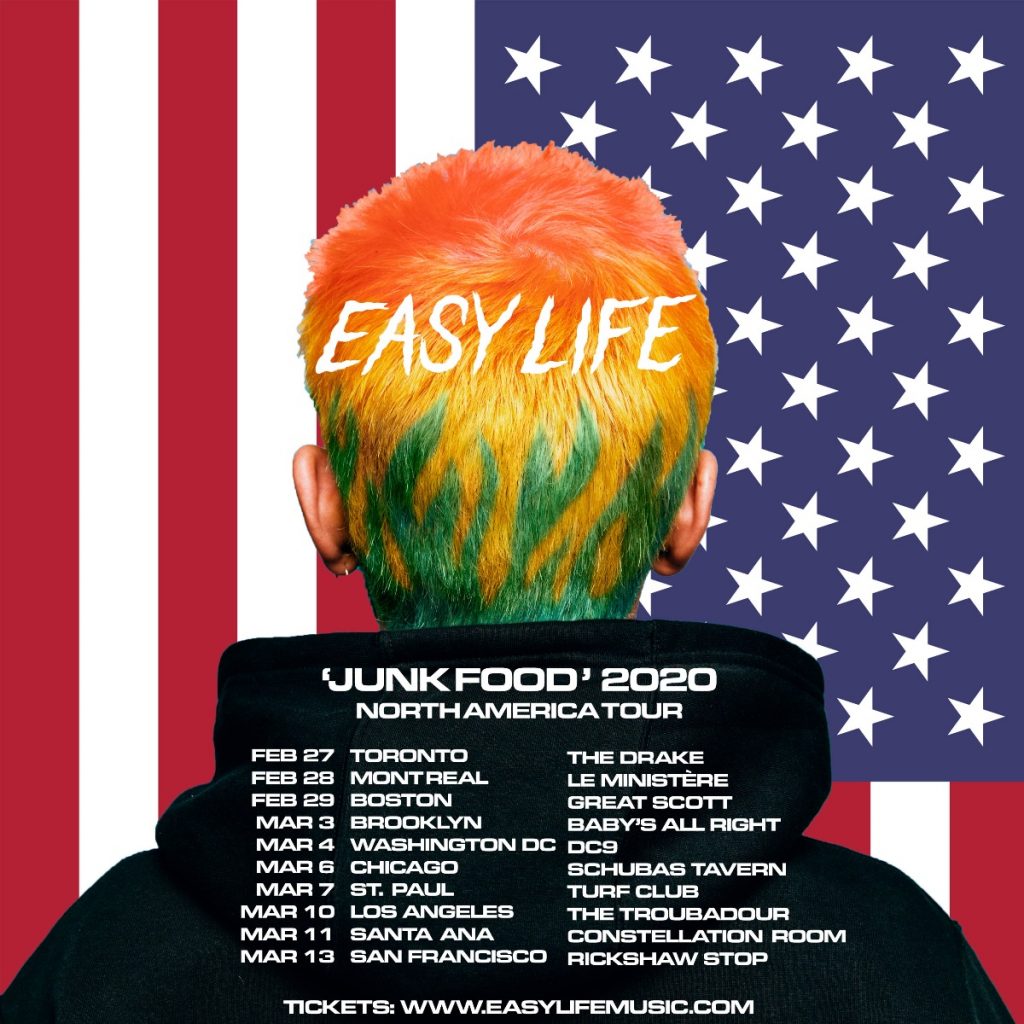 British band Easy Life have unveiled their brilliant new single ‘Nice Guys,’ along with the news of their global ‘Junk Food’ tour and first ever North American headlining tour for 2020. ‘Nice Guys’ received its first play as Annie Mac’s Hottest Record in The World on BBC Radio 1 and marks the first release since their signing to record label giant Interscope Records for North America.

‘Nice Guys’ is a wry, playful anthem for the outsider. The Leicester five-piece, all barely in their twenties, are able to summon the laidback groove of Kaytranada and jazz-infused funk of Anderson Paak, further solidifying them as one of the most essential bands around and remains a testament not only to Easy Life’s innate musicality, but their boundless, deeply optimistic approach to the present day.

In what’s already been a breakout 2019, Easy Life have continued to refine their charismatic but confessional way with the minutiae of everyday life. Theirs is a genre-busting attitude that, like many of their generation, draws no line between a love of hip-hop, R&B, and great British storytellers. On a personal level, Easy Life have also come to represent the power of hard graft and a positive outlook when national optimism seems in particularly short supply. From Murray’s upbringing on a farm in Leicester to lyrics that tackle the future of the planet (‘Earth’) or male mental health (‘Nightmares’) down to daily essentials like ‘OJPL’, everything about Easy Life appears effortless, even though the reality has been quite the opposite.

Be sure to catch Easy Life on the road in North America for the following dates. Tickets go on-sale Friday, October, 25.

For more details go to: www.easylifemusic.com