Mutemath frontman/keyboardist Paul Meany has officially announced (via Facebook) that drummer/co-founder Darren King has left the band and will not be accompanying Mutemath on their pending worldwide tour.

As long term Mutemath fans, we are saddened by this news. Darren is a remarkable drummer and brought so much to the table. We wish both Darren and the remaining members of Mutemath the best of luck! 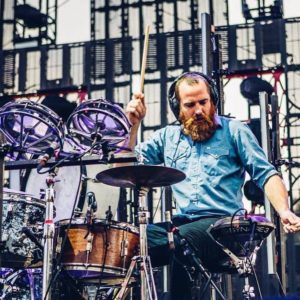 Official Statement
“This is not easy, but I have to announce today that Darren King has decided to leave the band and as of now, will no longer be performing with Mutemath. I can’t believe what I’m typing, but it is reality. I can promise you that we’ve worked relentlessly at trying to find a solution for an unbelievably challenging situation, but for now, I can only ask that everyone please give us the benefit of the doubt

The past weeks especially have had me on the, debating whether to cancel everything or to find another drummer to tour with us in Darren’s place. Both options are unimaginable to me, as you might guess. But here’s what I’m sure of… there’s no way I want to end everything right here, right now, in an online statement.

It is out of complete love and respect for all of you who have committed time and resources to this band that we’d like to offer you our willingness to continue on and play our upcoming US and European shows. We’ve called on the only other drummer I’m confident to take the stage with to bring our songs to life, and has graciously accepted and is currently rehearsing non-stop to properly honor the amazing work Darren has contributed to this band. I’m proud to say our dear friend, and steller New Orleans drummer, David “Hutch” Hutchison has cleared his schedule to join us on the road for the rest of the year to make sure this new album and tour are represented top notch.

Mark my words, the Play Dead Live show will be INSANE, and our fifth studio album will still be released on on 9/8 as scheduled. We’re eternally grateful for all of you and look forward to seeing you soon. So many of you have been there with us through think and thin, and I can’t thank you enough.