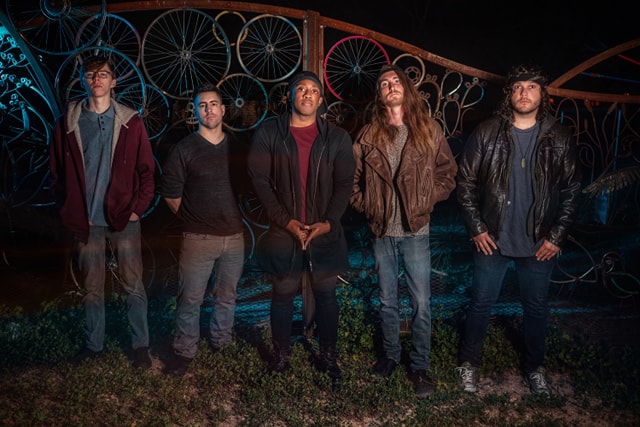 When it comes to experimentation within the world of metalcore, you either sink or swim with these choices to further develop a sound within a genre that is vastly growing more saturated by the day. But it seems from within the fierce and intense Arizona heat, a five piece band was created, and from musical enterprise birthed Dreaming Awake.

As the band approached their blank musical canvas,the band finally crafted their first release in 2014’s Circumstances, and the time they took to release 2017’s Friction via Imminence Records did the band wonders. This would then set the tone for what the band would ultimately unleash within the next few years, and it definitely turned a few heads.

This would then lead to a sparkling new January single experience, “Australians Can Tell The Future pt. II”. As the band is giving us a taste of whats to come for the 8 track EP release later this year, Dreaming Awake is once again boldly testing out new territory, with the track exploding on to the scene with a beautifully crafted atmospheric guitar solo with intriguing percussion elements. The track then effortlessly transitions to vocals that are overall solid for the genre. Deriving heavily from funk and rock influences, this is a promising start to showcasing what sounds will be introduced in the EP – truly showing that their there is a much more mature and confident sound from the Arizona band. The only way to go is up for this up and coming band in the metalcore genre.

If you’re a fan of bands such Dance Gavin Dance, Stolas, Wolf & Bear, Royal Coda, Saosin, Circa Survive, or Volumes, definitely give these guys a spin.

Give “Australians Can Tell The Future pt. II” a listen in the YouTube link below!