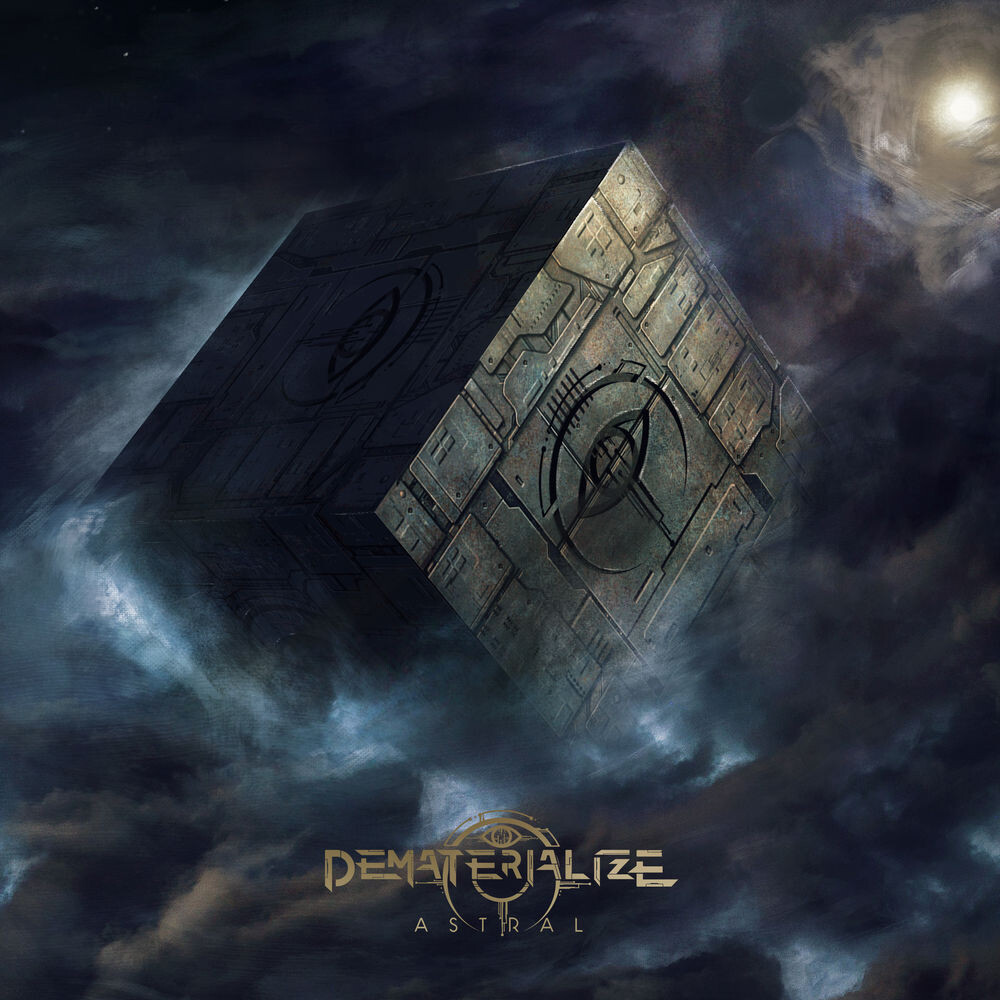 DEMATERIALIZE has been on my radar for the past 2 years ever since the release of their self-titled EP. I grew up knowing guitarist Craig Hoffman and vocalist Stephen Jinga, and had the pleasure of speaking with them today about this project.

The New Fury: I’ve known you guys from other bands in the Chicago scene. What’s it like to come together for DEMATERIALIZE?
Stephen Jinga: DEMATERIALIZE started in 2012 with me and Craig and we wanted to do crazy chugs, leads, and riffs. We had a lot of songs written that eventually became our EP in 2018. We were previously in We Send Our Condolences. We’ve been writing for a really long time together, and picked up our other members Jeremy (guitarist) and Bryce (drummer) along the way.

TNF: Your song/EP art typically exudes bright colors, but “Astral” is more epic in scale. What sparked this change?
Craig Hoffman: For Astral we finally hired someone to do the art; previously, we all made that art ourselves in like a minute in Photoshop. We decided to put more money into our logo and art along with our music to scale up the releases. We loved the artwork for Portals’ last release, so we hired that guy. We were DIY up until Astral to do it justice.

TNF: “Astral” is the first song to feature clean vocals, is this going to be added to the mix going forward?
Craig: Clean vocals will be sprinkled in here and there tastefully, but singing is something I’ve been trying to learn how to do well for a long time. I’m not trying to put my voice everywhere, just a line or two is cool. It’s just a small thing to add to the texture going on in the tracks.

TNF: What are your dream bands to tour with?
Craig: My biggest one is ERRA, I take a lot of inspiration from Jesse Cash so it would be a dream come true.
Stephen: I’d say Volumes and Northlane, I’m stoked how Volumes sounds now and would love to cover “Pixelate.” Jeremy would definitely say Like Moths to Flames.

TNF: Has quarantine sparked more songwriting from you guys?
Stephen: Unofficially, we’re writing a lot of music that’s probably going to culminate into an album, but we can’t book anything with our producer for the foreseeable future yet. All of us are working on covers of music we like individually in the meantime. We should
have a lot of songs ready when the studio pops back up for more recording.

The New Fury thanks DEMATERIALIZE for speaking with us today! DEMATERIALIZE currently plans to release a song a month for the next several months, starting with “Transcendence” on June 18th. Check our their newest single, “Astral,” below!