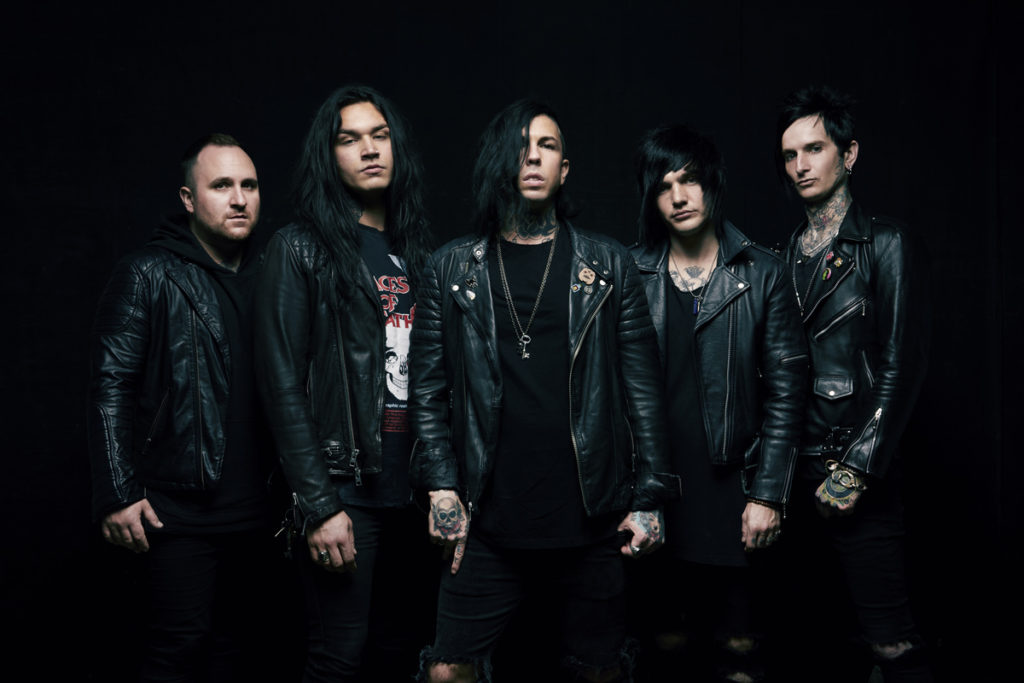 “I feel it’s my musical destiny to bring rock back to the forefront of music! It’s time it comes back swinging!” declares DEAD GIRLS ACADEMY frontman Michael Orlando. “This song has been going over incredibly well in concert so we wanted to give our fans a video they can get excited about live. I love when people get rowdy and show emotion during this song, it’s quite a blessing to have your music connect on many levels.”

“Most people expected a video drenched in blood or something out of ‘Night Of The Living Dead’ but that’s the reason we went ‘digital’ with the aesthetic. I’ve never done something like that before and this song leans on the concept of someone trying to change you. This is something we all deal with in friendships and relationships alike. Great things will come if you can look past other people’s distractions and know your self-worth.”

“It’s been a blast touring with our brothers in From Ashes To New. I love going out with bands that have passion and amazing production. I learn a lot watching bands perform and FATN really bring a great set! We are hitting cities I haven’t played in years and bringing our brand of music across the US once again.”

DEAD GIRLS ACADEMY have been on the road in support of their debut album, Alchemy, with a sold out record release show at LA’s famed Viper Room, followed by festival dates on the Vans Warped Tour, Rockfest, INKcarceration, supporting Nonpoint, Adelitas Way and currently out with From Ashes To New. 2019 dates to be announced soon.