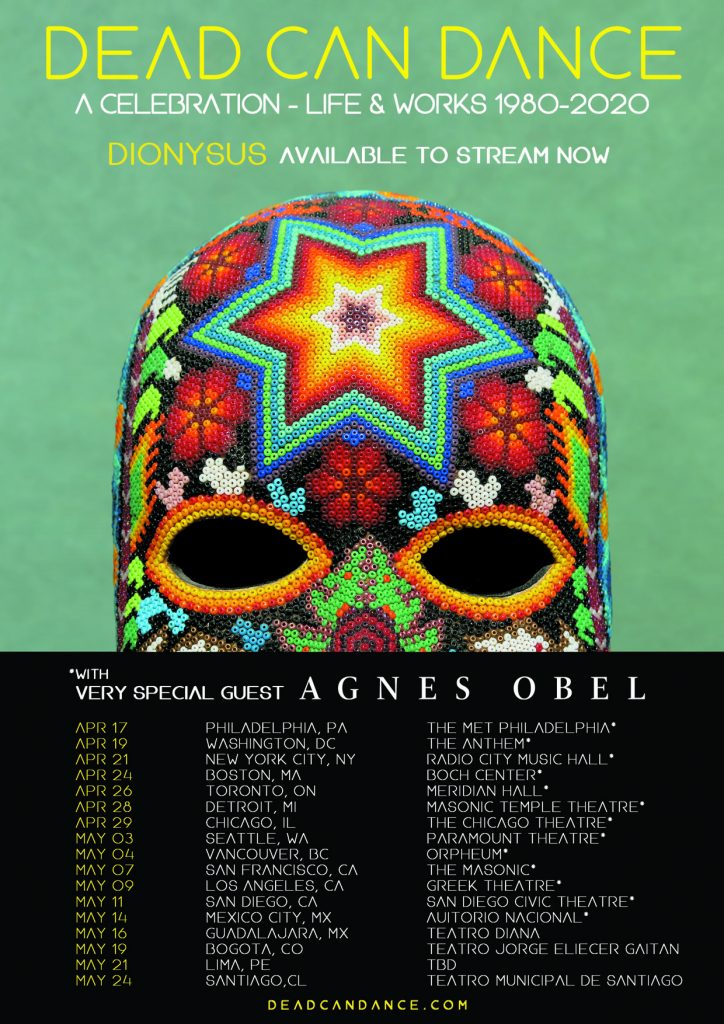 Dead Can Dance will be embarking on an extensive North and South American tour beginning in Philadelphia, PA on April 17, playing shows across the United States, Canada, Mexico, Columbia, Peru and ending with two shows in Santiago, Chile on May 24 and 26.

The tour sees Brendan Perry, Lisa Gerrard and full backing band return to the Americas for the first time since Coachella in April 2013.

Following their sold out two-legged European tour in the Spring of 2019 which ended with a triumphant show at Athens’ stunning Odeon of Herodes Atticus Amphitheatre (see above), the band will be taking their spectacular 3 decade spanning set that includes music from their 2018 studio album Dionysus along with much loved classic works from their extensive catalog such as “The Host Of Seraphim,” “The Carnival Is Over,” and “Yulunga,” to theaters across the Americas.

Dead Can Dance are delighted to be joined by Blue Note Records’ acclaimed Danish artist Agnes Obel, as their very special guest on all shows from Philadelphia to Mexico City on May 14.