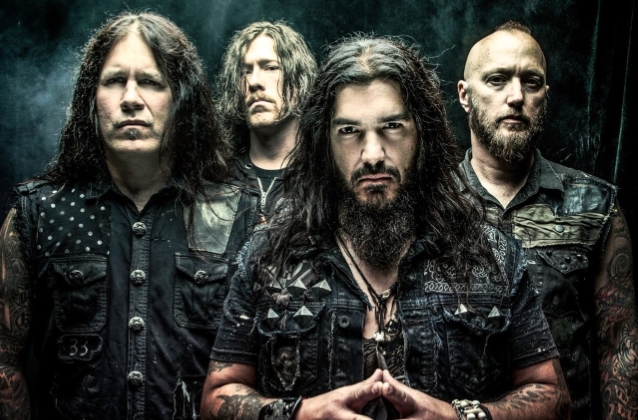 There’s plenty of reasons why concertgoers might get kicked out of a show; moshing, stagediving, crowdsurfing, being drunk and disorderly, and many more that we don’t have time to list. While Machine Head members Phil Demmel and Dave McClain will be departing the veteran metal act after their final show November 24th, apparently going out with a “bang” has a new meaning for a couple who got kicked out of the band’s show in San Diego.

Yes, we’re absolutely serious on this one. At the band’s recent show in San Diego supporting their newest record Catharsis, “complete insanity” ensued when apparently a couple was caught and kicked out of the show for entering the “bone zone”. In the front row, no less. Shockingly, the couple didn’t win the band’s famed Most Valuable Rager shirt, but that’s probably because they didn’t get to finish. Or did they?

San Diego! HOLY… FREAKIN… SH*T!!!?? When a guy and gal get ejected for having sex during "Davidian" (in the front row no less!?) you know it's gonna complete insanity! *no joke!*… WOW, what a welcome back you gave us, we are blown away! ⠀ Epic circle pits, the jumping was crazy, boobies, sing-a-longs, crowd-surfing-mania, couples having sex!!? ⠀ ⠀ San Diego, after an 11 year break from each other, you are officially "un-fired"! Hands down the best show we have EVER played in your amazing city, and one of the wildest and rowdiest of the entire tour! Thank you all so much for an UNFORGETTABLE night of raging!! ⠀ ⠀ MACHINE HEAD NORTH AMERICAN TOUR DATES!!⠀ 11/23 Anaheim, House of Blues ⠀ 11/24 Santa Cruz, The Catalyst ⠀ ⠀ #freaksandzeroes #machinehead #eveningwith ⠀ #metal #catharsis #metalhead #nuclearblast #mhcatharsis #headcases #concerts #robbflynn #phildemmel #davemcclain #jaredmaceachern #headcase #theblackening #locust #burnmyeyes #vodka #weed #numetal #thrasher #circlepit #headbanger #metalgirl #theburningred