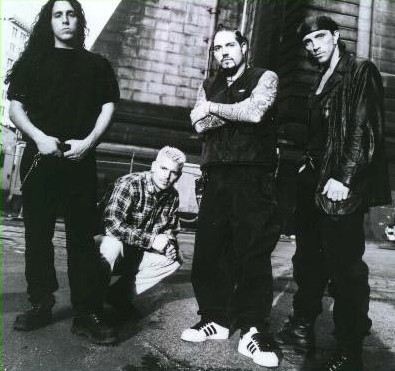 Musical trends are often a cyclical beast. If you take any major rock subgenre of the last 30 years or so, you’ll tend to find a revival of it somewhere – whether successful or short-lived. Nu-metal is a subgenre that’s been revived fairly well the last 5 or so years – one need only look at current bands like Sylar, Issues, Cane Hill, Sworn In, Islander, and My Ticket Home to realize that their influences lie 20+ years deep in the proverbial water. The aforementioned bands (as well as others not mentioned) successfully have infused classic nu-metal sounds to fit a more modern audience, and that’s why you see Issues and Cane Hill especially getting slots on high-profile festivals.

You know the most popular bands that represented this movement the best – Linkin Park, Korn, Limp Bizkit, Deftones, P.O.D., Mudvayne. But what about the so-called “lesser lights”? Pulse Ultra? Project 86? Nothingface? Even Stuck Mojo, who could be the most influential of them other than Korn, was underappreciated in their heyday. This article is a look back on nu-metal’s origins, its peak, subsequent oversaturation/decline, and recent rebirth. Grab your JNCO jeans, Surge sodas, and Adidas shoes, because we’re going on a rocketship 30 years ago. Here’s part 1 of our 5 part series exploring the genre’s history, from the late 80’s to the subsequent nu-metal revival that’s happening right now.

The roots of rap metal/rap rock/nu-metal run back to the late 1980’s, where bands like Fishbone, Suicidal Tendencies, and Public Enemy were fusing rap with rock, funk, and thrash metal to create something that, in its infancy, was revolutionary. The list of bands that fell under this umbrella were as influential as they were popular – Faith No More, Red Hot Chili Peppers, Helmet, Beastie Boys, Primus, and Rage Against The Machine were the more notable ones. Of special note is Anthrax’ 1987 song “I’m The Man”. The band (considered one of the Big Four of thrash metal) went on to partner up with Public Enemy in 1991 for a re-recording of the song, which cemented rap-metal as a style that could, in actuality, work. 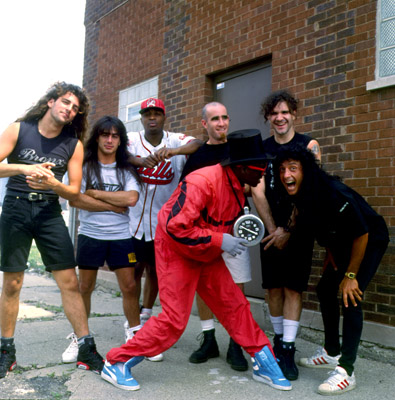 Anthrax and Public Enemy at a video shoot on 6/15/91
in Chicago, Il. (Paul Natkin/Image Direct)

Brooklyn, New York’s Biohazard was one of these flagship bands as well, pioneering a fusion of NY hardcore, streetwise hip-hop, and heavy metal. You need only listen to their 1992 album Urban Discipline to realize that bands like King 810 would simply not exist without Biohazard. This was urban heavy metal, hardcore, and hip-hop for the unforgiving streets of New York, and though the band would be grouped in with their peers like Mucky Pup and Only Living Witness, Biohazard was certainly onto something special and groundbreaking. More origins of nu-metal lie in the groove metal of bands like Pantera and Sepultura, especially on the former’s 1992 album Vulgar Display Of Power and the latter’s Chaos A.D. // Roots. 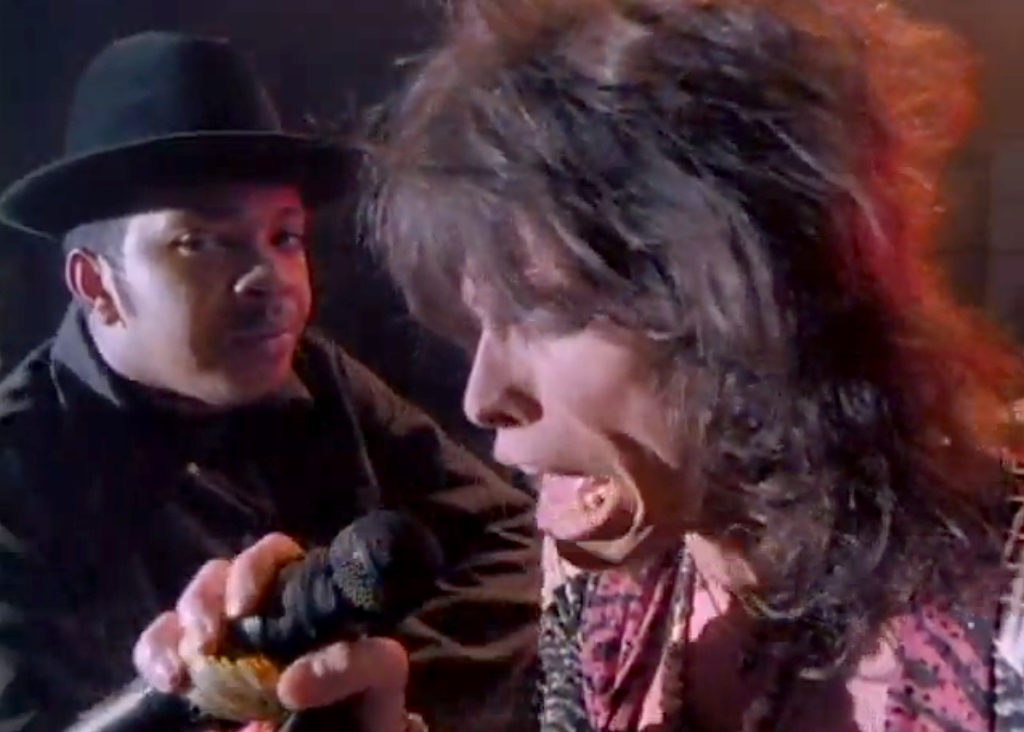 You also can’t mention the origins of nu-metal without pointing to Run-DMC’s 1986 collaboration with Aerosmith, on “Walk This Way”. It accomplished two things – one, it was arguably the first time rap and rock had collaborated, ever. It also revitalized Aerosmith’s flagging career. The band had been on a downward spiral since their peak in the late 70’s due to drugs and substance abuse, not to mention poor album sales. It was this collaboration that signaled Aerosmith’s second wind. Who knows whether the band would have continued on making iconic track that made it on the Armageddon soundtrack?

If you’re talking influential rap-metal albums (precluding the rise of nu-metal, anyway), it essentially begins and ends with Rage Against The Machine’s 1992 self-titled debut album. When you begin an album with a statement song like “Bombtrack”, how can you not expect it to be influential? It infiltrated the mainstream, and even had a cameo appearance by then-unknown Maynard James Keenan (Tool) on “Know Your Enemy”. Of all the nu-metal albums released, RATM’s debut was likely the one with the most artistic integrity. Which is interesting, considering the band’s hatred of the label. Even today, it’s nearly untouchable. Its iconic refrain of “fuck you, I won’t do what you tell me!” over the legendary guitar screams of Tom Morello was the anthem of many a teen in the early 90’s.

The earliest wave of rap-metal (right before Korn’s debut in 1994) reached a critical mass with the soundtrack to the 1993 action thriller, Judgment Night. Solidifying the fusion genre as a legitimate mainstream force, the soundtrack paired rock & metal bands (Slayer, Helmet, Faith No More) with rap & hip-hop groups of the period (Onyx, Ice-T, and Cypress Hill). Many of these collaborations were incredibly well-received (the Biohazard/Onyx collaboration in particular was vital), and foreshadowed the comeback to the mainstream that metal would soon undergo.