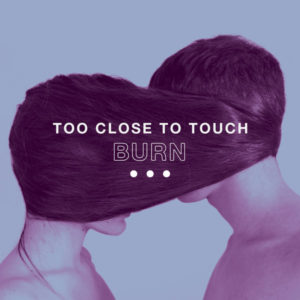 Recently the post-hardcore band Too Close To Touch has released yet another single titled “Burn.” Following their previous single, “Before I Cave In” that was released in late November, we are pretty sure you’re going to like this single just as much as the others.

With a melodic instrumental piece that carries vocalist Keaton Pierce’s emotion-filled vocals, you will find yourself wanting to head-bang and scream the lyrics but also cry at the same time. My favorite lyrics from the song personally are “Deep in the cracks you left in me, I bury a belief that keeps me sane. More than a phase I’m done pretending, why try to hide this fragile state?”

The band released this statement that explains the song in reference to previous singles “Leave You Lonely” and “Before I Cave In.” 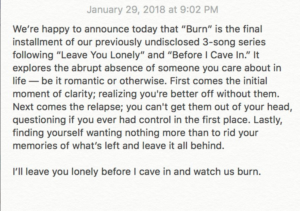 I cannot wait for what this band releases next.