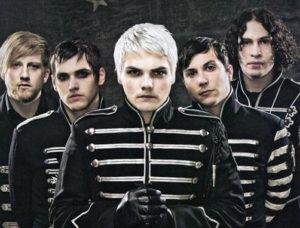 rock/emo giants My Chemical Romance have posted a teaser video on their Facebook page for an upcoming announcement. The video features a flag waving while the introduction to “Welcome to the Black Parade” plays. The video then fades to a white background with the date 9/23/16 shown.

The date is exactly one month from the 10-year anniversary of the band’s largest album, The Black Parade, which was released on Oct. 23, 2006. My Chemical Romance’s last studio effort, Danger Days: The True Lives of the Fabulous Killjoys was released in 2010. Their greatest hits and an unreleased single were released in 2014.

Fans have speculated that the announcement may be a 10-year anniversary tour for The Black Parade but no official confirmations have been given.