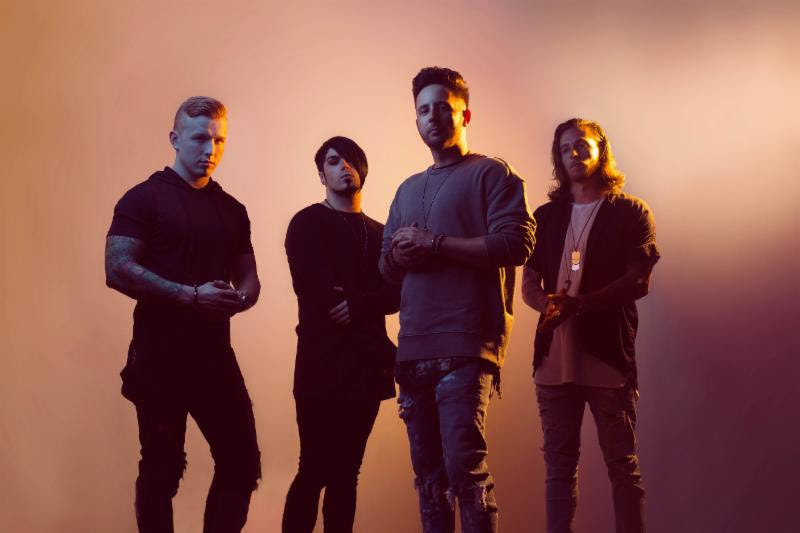 From Ashes to New have announced headlining tour dates, adding to their extensive fall schedule. The 16-date headline run will feature support from Badflower, Dead Girls Academy, and Killakoi. This follows the breakout success of their sophomore record The Future, featuring the band’s huge hit, “Crazy”.

The story of From Ashes to New is truly that of pursuing a dream regardless of the obstacles that may arise. The band’s debut album Day One earned the band a Top 10 track at Active Rock radio with the single “Through It All”. Following an extensive album cycle, the band’s original drummer and co-vocalist both abruptly left the band. Rather than focusing on the setbacks, From Ashes to New forged ahead with a new energy and purpose. The Lancaster, Pennsylvania-based band, now comprised of frontman/rapper/programmer Matt Brandyberry, guitarist Lance Dowdle, vocalist Danny Case, and drummer Mat Madiro (Trivium) released their sophomore album, The Future earlier this year. The lead single, “Crazy” has seen the band return to the top of the Active Rock radio charts, where it currently is holding the #2 position.

In addition to their headline tour, From Ashes to New will be opening for Five Finger Death Punch and Breaking Benjamin on their fall arena tour. The band will also be performing at several fall festivals, as well as providing direct support for Stone Sour and Papa Roach on select dates. All tour dates listed below. 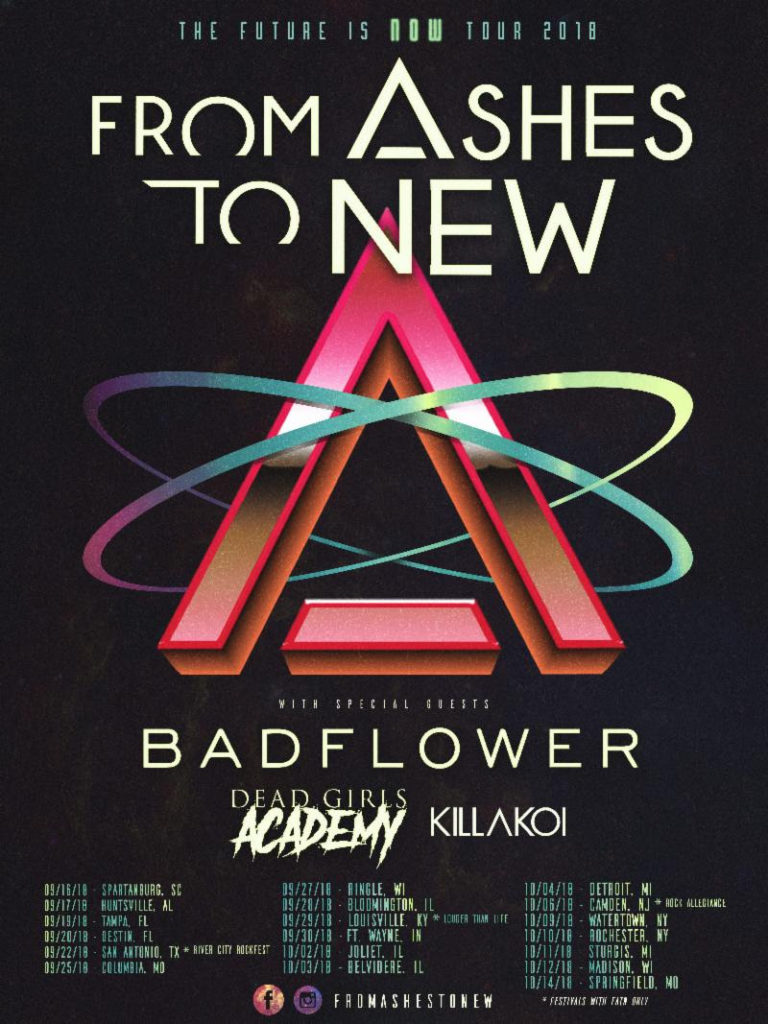