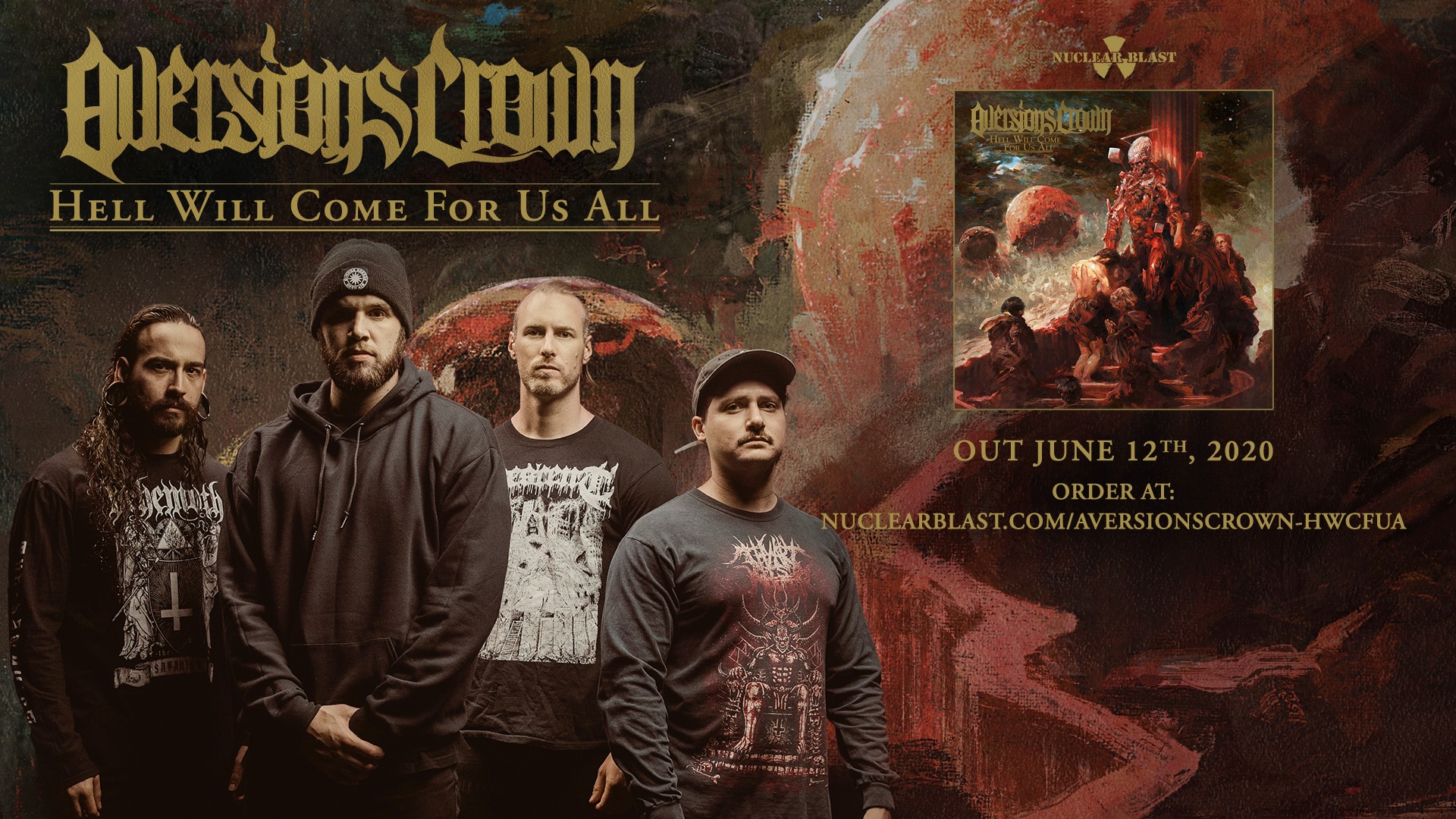 While we learned late last year that the band would be releasing a new album in 2020, it was unclear when exactly Australian extreme metal band Aversions Crown would be releasing new music. Now, however, we have a more definitive answer to that question – along with the revealing of the band’s new vocalist, too. Oh, and a new song, “The Soil”.

Though the band hasn’t officially announced it anywhere as of yet, Tyler Miller of The Guild is the new vocalist of Aversions Crown. The band’s new record, Hell Will Comes For Us All, drops this June via Nuclear Blast – and the band has offered a taste of the new album with “The Soil”. Tyler Miller notably replaces acclaimed vocalist Mark Poida, so those are definitely some tough shoes to fill. What do you think of the new song?