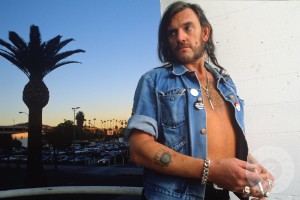 Despite failing health and the likely exhaustion of a career of almost nonstop recording and touring behind a plethora of full-length albums, Lemmy Kilmister of Motorhead never stopped doing what he loved – until he sadly passed away December 28th, 2015. He’s not dead, though. His spirit will live on through Motorhead (and Hawkwind’s!) music, and the hard-partying, dedicated life he led playing music.

Lemmy Kilmister and Motorhead in general have had a huge influence on my life. Below, you can find a short story about how Lemmy’s music played a large part in me growing up. Check it out after the jump. 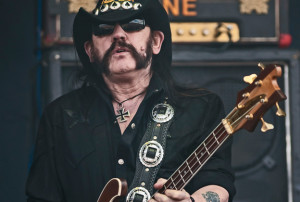 I lean more towards progressive rock and hip-hop today, but I’ve never “grown out” of metal, hardcore punk, and rock. I’ve always believed in the spirit and passion these genres embody – there’s nothing quite like a guitar solo or the bang of drums to get you hyped for a long day.

There are very few people on this planet who embodied the spirit of rock n’ roll more than Motorhead’s Lemmy Kilmister. From Motorhead’s inception in the mid-1970’s to 2015, Motorhead put out consistently solid (and occasionally spectacular) albums that influenced everyone from Metallica to Slayer – it can be argued that Motorhead is the reason why bands like this exist.

Growing up, I was introduced to various punk/rock/metal bands like Boston, Ramones, The Clash, and plenty more – all thanks to my father. In my 26 years, I’ve never heard a band quite like Motorhead. Metal? Maybe, if not supremely influential. Punk? In attitude, speed, and energy, absolutely. Rock n’ roll? Their live show captured the spirit of the genre.

My first experience listening to Motorhead (that I keenly remember, anyway) was listening to “Ace Of Spades” on the Tony Hawk Pro Skater 3’s soundtrack. Arguably the best overall game in the series, it also had arguably the best soundtrack (though 2/4/Underground were spiffy as well), alongside tracks from AFI, Xzibit, and Rollins Band. “Ace Of Spades” in general was an iconic album from 1980 that arguable is the best work, and it’s also the band’s defining track. Many times, I remember grinding a rail during a THPS3 speed run while listening to the track, as well.

Anyhow, Lemmy’s a legend. He may have passed away, but he’s not really dead. Right alongside Ronnie James Dio, Peter Steele, and Layne Staley, parents will be telling their children and grandchildren stories and experiences they had listening to Motorhead. God knows I will. His passing may be a sad day for many metalheads who considered him an icon, but realize his spirit and legacy will live on through countless bands and musicians, and even normal people like me, who were inspired by his attitude and love of life.

I choose to not mourn his passing, but celebrate the culmination of a life lived incredibly well. After all, if you’ve lived a full life, influenced entire genres of music, and everyone looks upon you fondly when remembering your spirit, what’s there to mourn?

Thanks for everything, Lemmy.