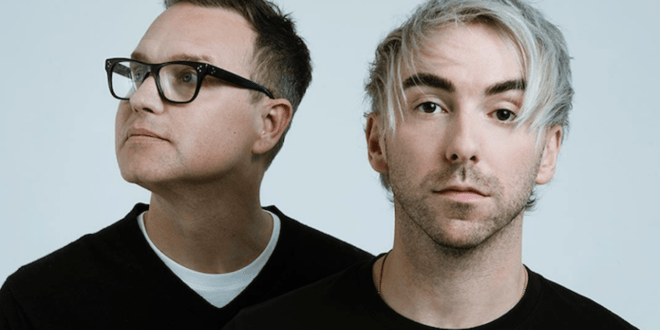 It’s the collaboration that many pop-punk fans young and old have been clamoring for over the years, and while it’s been rumored for a minute, it’s now official. Blink-182’s Mark Hoppus and All Time Low vocalist Alex Gaskarth are collaborating on a new project, Simple Creatures.

Thanks to our friends at Music Mayhem, we know the duo is plotting a March release for their debut EP, produced by Zakk Cervini (blink-182, Yungblud, All Time Low, 5SOS). It’s no big surprise that the duo are teaming up, as All Time Low – especially vocalist Alex Gaskarth – are indebted to the pop-punk sound that Blink-182 pioneered over the years.

About the new project and song, Gaskarth said: “’Drug’ is a song about someone or something you want the most, being terrible for you… Feels great until it doesn’t, but then you can’t stop. In the studio it felt immediately like it was the song that best defined Simple Creatures; it’s gritty, grimy, rooted in the musicality we both came up on, but with a twist that takes it away from anything we’ve worked on before.“