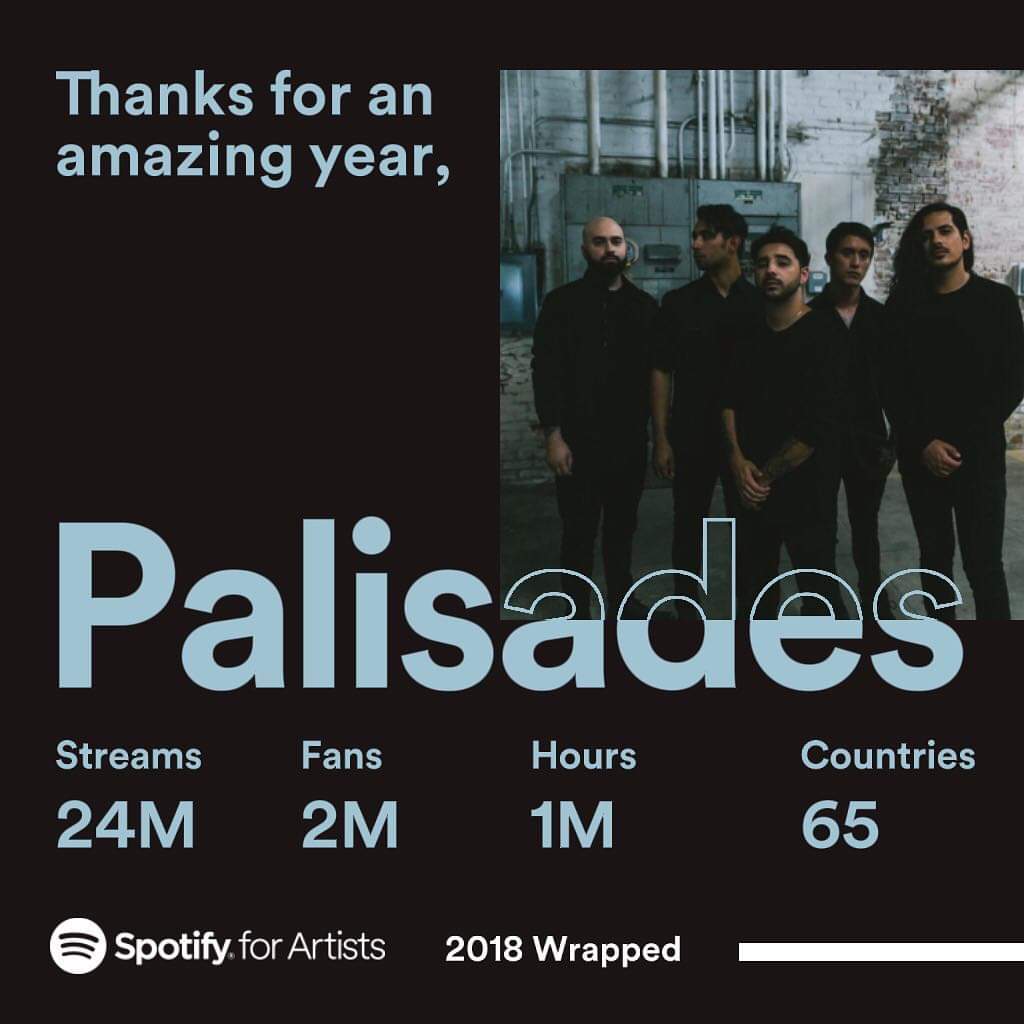 Palisades have undergone a massive, yet successful stylistic trsnsition as of late. The New Jersey-based now five piece has come a long way since their electronicore debut Outcasts in 2012. Now on their fourth full-length, ‘Erase the Pain’, the band approaches a more radio pleasing sound dropping almost all elements of their signature electronic beginnings, but with this album, they keep their metalcore roots with lead single ‘War’ being one of their heaviest songs in a long time.

Opening with “Vendetta,” the album hits hard from the get go, big riffs, catchy bassline and Lou Miceli’s vocals, roaring “you break me down, you hold me under until I drown myself, I’m not your prisoner, I’m breaking out, I know you’re coming for me, but you won’t make me bleed!” which is a massive chorus to start out with. I know what this means, and it pleases me, it means Palisades are back with a punch and they are not going down without a fight. Touching on a more electronic vibe, the album title track “Erase the Pain” picks up nicely to meld into contemporary rock with hints of their R&B style roots, with a twist: it’s much heavier. This style rears its head again on tracks like “Run Away” and “Push.”

On the flip side, however, singles “War” and “Fragile Bones” show a matured evolution to the band, but also reveal they are pulling no punches. Switching their styles up with the R&B vocals, heavy riffs, and roaring screams from Lou, these boys are back! And it’s very impressive.

“Patient” is a softer track on the album, but it is still really deep, and some may say, lyrically this is one of their better tracks off the album despite it being musically mellow compared to other hard-hitting tracks. Lines like “take a look inside my head” and “you’re getting high from playing god”, in my opinion are lyrically far deeper than any of the other tracks from this record and the song is a nice touch as the penultimate track from the album.

“Shed My Skin” is the record’s shining moment. For a few minutes, Palisades’ metal vibe jumps stealthily back into their sonic aesthetic, giving me a Cane Hill vibe. It’s subtle, but it adds a slice to the album to break it out of its newfound security blanket. Amped up, the line “Shed my off right off my bones, replace all I’ve ever known, separate my fate on my own” really summarizes the purpose of the record. It feels like a gritty hardcore nod and works well in context of the band’s prior discography.

‘Erase the Pain’ is a solid release, blending all elements of Palisades that we all fell in love with. This record has a higher production value, but they have still maintained who they are, and what they are all about. With much more heavier tracks on the album, it makes me excited for what is to come from this five-piece.