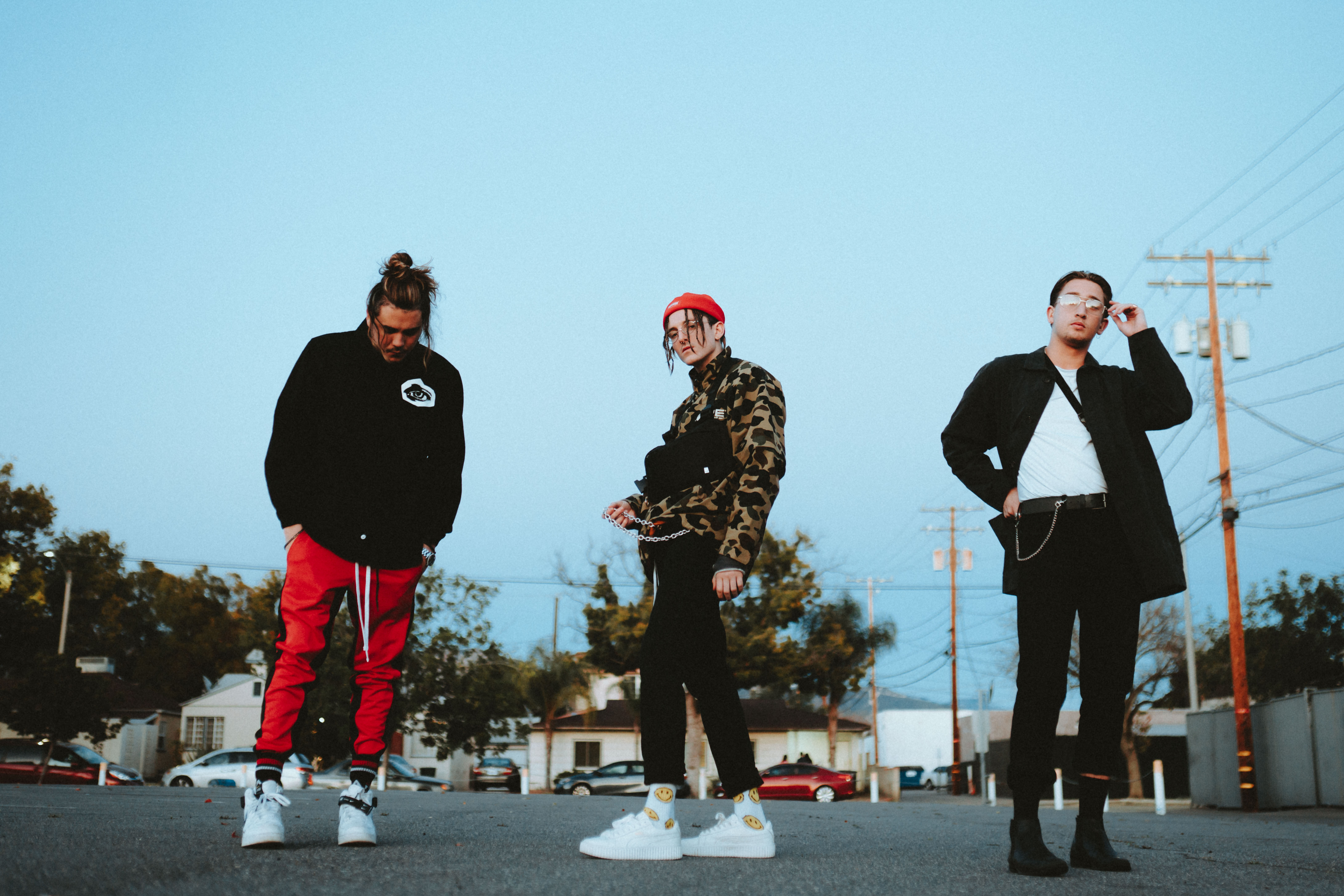 The rising alt-pop trio Chase Atlantic are back with their sophomore album, Phases, following their previous EP, DON’T TRY THIS (2019) and their self-titled debut (2017). The well-anticipated full-length to be released on June 28th via MDDN/BMG is certain to be one for the charts. With heavy influences from artists such as The Neighbourhood, Post-Malone, and The Weeknd, the band has only grown more as time progresses. Mitchel Cave, lead singer of the band stated “We went from staring at the same four walls for 18 years to seeing the whole world. We have to keep our heads—everything in moderation. Well, music-making should not be in moderation, but everything else. As long as we’ve got our headphones and laptops, we have all we need.”

The album starts out with an instrumental song that builds up with progression, incorporating a space-ship “out of this world” element that carries throughout the album, as every song will blow your mind. “Angels” follows which deals into Mitchel Cave’s fears and relationship with Jordan Kelsey Knight, a well-known photographer who could be seen as a muse in multiple songs. This song will have everyone in the room clapping, and is being played on their current tour with another unreleased song “Heaven and Back” – a groovy, up-beat song that’s super catchy.

“Phases”, named after the album, mixing electronics, saxophone pieces, and a light drum pattern talking about the difficult stages in life. Leading into “Love Is (Not) Easy” the most recent single the band has released, which accompanied a music video featuring Jordan. The song talks about the difficulty of admitting emotions with the line, “It’s better if we say we’re just friends, our generation made us that way The type of friends that fuck, but when they fall in love they’re too afraid to say it.”

“HER” was the first single the band released off the upcoming album and fans took to it well.

“No Rainbows” starts out with a beautiful saxophone intro, following Mitchel Cave’s raspy vocals to a slow tempo that easily can have you swaying away. A lyric that really stuck with me was, “We don’t live the life that we say we do in our pictures.” Which is so true, living in a social media world filled by glorification via exposure, “clout”, or likes; many of us never show the darker parts on the internet. “STUCKINMYBRAIN” deals with mental health issues, raising awareness for living with a mental illness in the line, “See I would give my soul away not to feel this, struggle with it everyday it’s like an illness.”

As the album comes to a close, “I Don’t Like Darkness” leaves a haunting era. Following the same tone as “No Rainbows”, where you really feel the emotion with this ending track in the chorus, “I don’t want to feel this pain I don’t like distance, I don’t wanna leave this place if you’re not with us. Please don’t leave this house I don’t like darkness.” Talking about the emptiness you feel when the person you love most is far from you. Overall, the album lives up to the hype and delivers hit after hit to the fans.